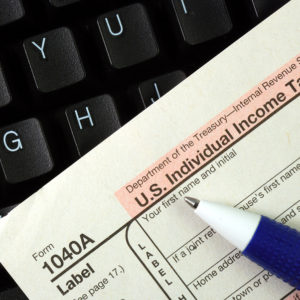 Tax Day: A Quiz on the Day Americans Love to Hate

It’s almost here, the day most Americans dread above all others: April 15, when income tax returns must be filed. As you read this, millions of people are furiously crunching numbers in a frantic game of beat the clock, rushing to get their forms off to Uncle Sam in time.

But just how much do you know about our annual national chore? Test your knowledge of Tax Day with this short quiz.

1. The first federal income tax was enacted in what year and for what purpose?

A. 1776, to finance the Revolutionary War

C. 1898, to finance the Spanish-American War

2. How much were Americans levied in that first income tax?

3. Acting in response to a landmark Supreme Court ruling, Congress passed the 16th Amendment, giving it the authority to “to levy and collect taxes on incomes …” What year did it take effect?

4. Tax Day hasn’t always been April 15. What was its original date?

5. Which of the following celebrities once spent time behind bars for tax troubles?

D. All the above

6. Americans quickly said they needed more time to prepare their returns. So the original Tax Day was moved to another date associated with what observance?

7. The Internal Revenue Service finally settled on April 15 as Tax Day in what year?

8. What was the highest American tax rate ever?

9. The Presidential Election Campaign Fund Checkoff allows Americans to donate money to fund presidential campaigns. In what tax year, and with what amount, did the voluntary check-off box first appear?

10. What famous genius said, “The hardest thing in the world to understand is the income tax?”