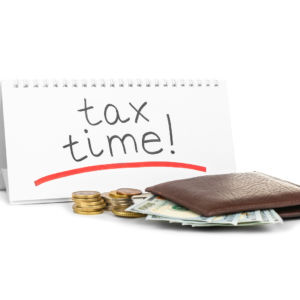 Tax Reform That Is Truly Fair

We spend a lot of the year talking about tax “fairness,” but the discussion dies down come mid-April because, on average, the poor and middle class get more money back from the IRS than they pay in. The familiar refrain that everyone should “pay their fair share” is really nothing more than code that some should pay more so others can pay less.

But as tax day looms, it is time to think seriously about what a “fair share” really is. And if we are going to do that, we should begin by considering what does happen with taxes every year, not what some of us wish would happen.

While it is not clear why this is so, it is very clear that it is so. And this one simple fact should define the tax debate in the United States above all others. Because this long-term trend could be used to simplify the American tax code in the name of fairness, simplicity and cost savings.

If the federal government is destined to collect 17 percent of the economy no matter how Congress tweaks the tax code, then why not simply tax every person and business 17 percent of their incomes? Everyone’s income tax forms would ask just one question, “How much income did you earn this year from all sources combined?” And there would be only one calculation: multiply that number by 17 percent.

The only people who could possibly be against this sort of tax system are the accountants and lawyers who have a vested interest in keeping things complicated, and congressmen who use the complexity of the tax code to hide the fact that they dole out favors to their preferred causes and people.

Part of what makes the tax code complex is Congress’ insistence on a progressive system. We have a shared sense that the poorest among us should get a better deal than the rich where taxes are concerned, which is where all the “fair share” discussion comes from in the first place.

But we could retain the essential feature of a progressive system by doubling the calculations from one to two. We can exempt the first $20,000 of each household’s income from taxes. Of course, to obtain the same tax revenue, we’d have to increase the tax rate, but not by much. If everyone household’s first $20,000 of income is tax-free, then we’d have to tax all income above $20,000 at around 20 percent to obtain the same total tax revenue.

With this very simple plan we could combine our wishes with reality, and make nearly everyone better off in the bargain. And while people seem inclined only to think about these things in April, a sober-minded discussion in May and June would improve the lot of nearly everyone in the country — except accountants, lawyers and congressmen.