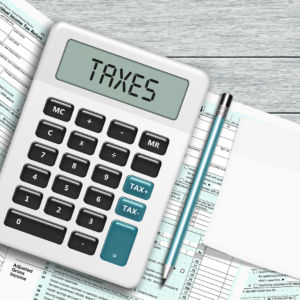 Tax Reform Will Be Bottom-Up, Not Top-Down

We’ve been here before. And in another decade or two, we’ll probably be here again.

That’s why it’s difficult to get excited about Governor Michelle Lujan Grisham’s newly appointed “Tax Policy Advisory Committee” (TPAC). Tasked with investigating “the strengths and weaknesses of New Mexico’s tax system and its competitive advantages and disadvantages,” the panel’s goal is to “identify needed statutory and regulatory improvements.”

If there’s one thing government in New Mexico doesn’t need, it’s another kick of the tax-reform can. Isn’t the state’s revenue-raising architecture dissected enough already? After all, the Land of Enchantment has:

It’s unlikely that the governor’s committee will add much to the debate —especially given the backgrounds of her appointees. Richard Anklam, the director of the New Mexico Tax Research Institute, is a reliable bellwether of Santa Fe conventional “wisdom.”

Of the 11 members named to the TPAC, State Rep. Jason Harper (R-Rio Rancho) alone brings a fresh perspective, and a detailed plan for reform. He’s spent the last several years working to turn New Mexico’s gross receipts tax (GRT) into a true sales tax — i.e., one that is imposed on final consumption.

As the Tax Foundation notes, when business inputs are taxed, “pyramiding” occurs, “whereby economically distortive taxes stack up through the stages of … production, causing … consumers to pay taxes upon taxes when they make a retail purchase.”

Harper further understands that broadening the GRT’s base, by eliminating its perks, means that rates at the municipal, county and state levels can tumble. Currently riddled with a dizzying array of deductions, exemptions and credits, the levy’s pardons include “newspapers, except … selling advertising space,” “producing or staging a professional boxing, wrestling or martial arts contest,” “race purses at … horse racetracks subject to the jurisdiction of the state racing commission,” “directed energy and satellite-related inputs … when sold pursuant to a contract with the [Pentagon],” and “uranium hexafluoride and … the service of enriching uranium.”

It was no surprise that in 2003, when the 23 men and women of then-Governor Bill Richardson’s “Blue Ribbon Tax Reform Commission” met for the first time, The Albuquerque Tribune reported that “[l]obbyists almost outnumbered committee members.”

In 2019, the GRT is more monstrous. Will Lujan Grisham’s band of insiders recommend the driving of a giant stake into the heart of the GRT’s complexity? And what about the other mechanisms for funding government in New Mexico? Will the committee favor nixing the corporate tax, which not only filches income twice, but funds a miniscule amount of state spending? Will it recognize that absurdly “progressive” taxation that targets “the rich” can impact migration, as well as revenue volatility? Will it attempt to simplify — and lighten — the taxes imposed on extraction industries?

Again, unlikely. Bold, visionary government is not what New Mexico does. Santa Fe’s political establishment has it rather well. Real leadership would require rocking the boat, and if such swaying were ever to begin, it would be easy to fall overboard.

Pressure for long-overdue tax reform won’t come from the Land of Enchantment’s elites. It will emerge from citizens who have finally had enough of their state’s economic stagnation and political corruption.