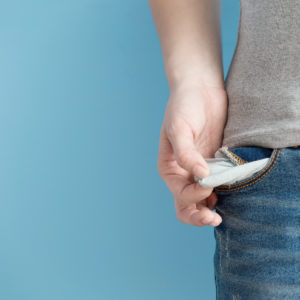 You can’t pick an empty pocket … or can you?

Sure you can. If you’re Congress.

A controversial measure bundled into otherwise sensible tax reform legislation that was put forward back in 2014 (including a lowering of the currently highest-in-the-world corporate tax rate from 35 percent to 25 percent) would apply tax to money owed — but not yet actually paid — to tens of thousands of small- and medium-size businesses with annual receipts of $10 million or less.

They would have to pay before they get paid. Based on anticipated earnings.Which they may never actually receive.

It’s called accrual accounting — as distinct from cash basis accounting — and it’s the kind of bookkeeping skullduggery that only a Bernie Madoff or Kenny Lay could love.

In order to make the reduction of the corporate tax rate proposed in the 2014 legislation more politically palatable — and more likely to get the necessary political support from Democrats — someone came up with the bright idea that tax revenue “lost” on one side of the ledger (reduced corporate taxes) could be replaced by tax revenue “found” on another side of the ledger (additional/anticipatory taxes placed on small- and medium-size businesses).

Or more accurately, on the other side of the calendar.

By insisting a business pay taxes on all the income it is expecting that year — even if that income isn’t actually received until after the current tax year — the taxes taken in this year appear (and are) larger.

This, supposedly, evens things out.

But shifting taxes around doesn’t reduce the burden of taxes; and burdening small- and medium-size businesses as a way to “even out” reductions in the burden imposed on corporations is not unlike making a Toyota cost more so that the price of a Lexus can be reduced. It may have been politically necessary — or at least, politically understandable — to resort to such measures back in 2014 when the reform legislation was introduced. Barack Obama was president — and Democrats still wielded a great deal of political power.

But Donald Trump is president now and it shouldn’t be politically necessary to kowtow to Democrats and their soak-the-rich agenda.

Which is actually soak the middle class. Because the affected businesses are medium-small firms, doctors’ offices and so on with 50 or fewer employees — most of them as rich as Bernie Madoff was honest.

And taxing income not yet actually received sets a new and dangerous precedent in tax law. Both in principle and practice.

Like the original income tax — passed into law back in 1913 — which, it bears recalling, was also only going to apply to “the rich” — this pay-in-advance taxation could just as easily be applied to individuals as well as the small- and medium-size businesses it initially targets.

For example, once the courts ruled that it did not violate the 4th Amendment’s prohibition of unreasonable searches to stop motorists randomly and without specific probable cause at DUI checkpoints and compel them to submit to a physical inspection (however cursory) of their vehicle and its contents, and to produce identification and so on, it was a given that similar random and probable cause-free checkpoints — and searches — would be erected at airports and sports arenas.

One thing follows another.

Similarly, if the government can require a business to pay taxes in advance on income it hasn’t actually received, certainly the same principle could be applied to individuals.

What possible argument could be made against it?

So, for example, next year’s COLA might become this year’s tax liability — which we’d have to pay with money not yet in our hands.

Out of whatever money we have left in our hands after paying taxes on the income we did actually earn this year.

And what if we change jobs, or the company goes under — and the anticipated earnings don’t materialize? Will the government give us the anticipatory taxes we paid back?

It’s a potential bookkeeping nightmare — as well as a moral affront.

Especially given that voters just elected a Republican Congress and a Republican president — an electoral repudiation of the raising taxes on anyone. And this business of taxing earnings before they’re paid ought to be inconceivable.

It’s hard to imagine a more punitive or anti-growth measure.

Ways and Means Chairman Kevin Brady is a Texas Republican who gets it. This past summer, he put forward an updated tax-reform measure that would simplify the tax code generally, reduce tax rates across the board — and shelves the accrual accounting budget gimmick.

That’s more in line with President Trump’s promise to “cut taxes massively both for the middle class and for companies.”

As opposed to taxing them on money they haven’t even got their hands on yet.