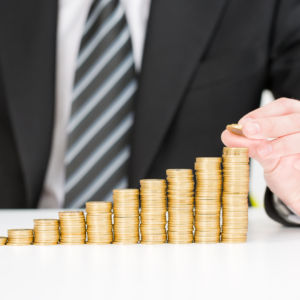 Federal employees have spent millions of taxpayer funded hours doing union work instead of their jobs, according to a federal report Friday.

Official time is a policy that allows federal officials to do union tasks instead of their regularly assigned work. Federal employees retain their title, salary, and benefits while doing the union tasks. The Office of Personnel Management (OPM) found official time cost taxpayers $162 million in 2014.

“Agencies reported that bargaining unit employees spent a total of 3,468,170 hours performing representational duties on official time, an increase of 0.84 percent,” the report stated. “The estimated official time costs represented approximately one-tenth of one percent of the total cost of salary and benefits.”

“American taxpayers are paying $162 million for federal workers to conduct labor union business,” CEI labor policy expert Trey Kovacs said in a statement provided to InsideSources.  “Most taxpayers have no idea that their money is spent paying federal employees to perform union business unrelated to their public duties”

Republican Rep. Jody Hice introduced legislation earlier in the month that would limit official time usage. The bill would exclude political activities while also eliminating other eligible tasks. Critics contested the bill is merely an attempt to undermine unions.

“The goal of this legislation is to eliminate the ability of federal employees to form and join a union,” National Federation of Federal Employees President Randy Erwin said. “And to viciously penalize federal employees who serve as union representatives, like stewards, and singling them out and retroactively cutting their pensions.”

Republican Rep. Dennis Ross also introduced a measure that would update reporting requirements. The bill would require more detailed reviews to be submitted on an annual basis. Those opposed to official time, however, contest the policy should be eliminated outright.

“Instead of taking care of real priorities, like veterans’ services or environmental protection, federal employees on official time are off lobbying on behalf of their union, attending union conventions, or doing some other union-related business,” Kovacs said. “The Trump administration and Congress should waste no time in eliminating this subsidy for federal employee unions.”

The Department of Veterans Affairs (VA) found itself embroiled in a scandal that left numerous veterans dead back in 2014. The agency subjected veterans to incredibly long wait times and questionable treatment practices. The scandal was partially blamed on agency employees using official time.

The GAO conducted a more recent report Jan. 24 which looked specifically at the VA. It found the agency is still not properly tracking official time hours. It notes the issue primarily stems from how official time hours are being recorded and then calculated.

Federal agencies and unions negotiate official time provisions in their collective bargaining agreements. Federal statute does set guidelines so contracts don’t interfere with policy restrictions. The policy is known as release time when it is being utilized by state agencies.