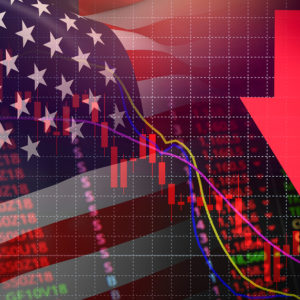 The Fed and Trump Are Both Responsible for Tumbling Markets

2019 is going to be like an awful hangover: You had an excellent night from what you can remember, but somewhere along the way you black out, and things go wrong. With the first sessions of trading in the new year under way,  I think it is important to realize that we are looking at a “hangover period” in the markets and the economy.

Based on recent stock market dives, we’re on track to a potential bear market. But, who is to blame? In the seemingly unflawed logic of President Donald Trump (emphasize the sarcasm), the Federal Reserve is the issue. Trump accuses the Federal Reserve as being the only cause of downward sloping economic volatility.

“The only problem our economy has is the Fed,” Trump tweeted on Christmas Eve, as markets performed their worst since December 1931. He continued: “The Fed is like a powerful golfer who can’t score because he has no touch — he can’t putt!” In fact, this insult was mild compared to the treatment he gave to Fed chairman Jerome H. Powell — a man Trump appointed.

Keep in mind, Trump isn’t wrong in saying that the Fed is a problem for the economy. He just refuses to acknowledge that he is also a big chunk of the problem. You see, without getting too ideological, the Fed is the only institution in our society that can artificially control the money supply. As an organization, the Fed has two primary functions: setting interest rates (or managing the price of borrowing money) and acting as a safety net for “too big to fail” financial institutions (bailouts, etc.).

For example, based on conventional economic theory, a central authority that controls interest rates controls the economy’s most important price. As a consequence, that authority thus controls the outcomes of borrowing. “Setting rates too low will encourage capricious consumption borrowing, and setting rates too high will stymie needed borrowing for capital investment,” according to commentary by the Libertarian Party. Essentially, the Fed continues to play referee in the economy by conducting anti-market operations. This power is also disproportionately vested solely into the hands of a select few led by Chairman Powell, threatening stability in all segments of the economy if something goes awry.

The first is Trump’s restrictive immigration policy that could have long-term effects, such as a labor shortage. For example, Clinton-era economist Joseph J. Minarik, the senior vice president and director of research at the Committee for Economic Development, and CED researcher Caroline L. Ferguson argued this in a commentary published by The Hill last summer.

“Our civilian labor force contains an estimated 8 million unauthorized immigrant workers. That is a noteworthy 5 percent of the American labor force,” Minarik and Ferguson argued, further citing policy implications, slowing birth rates and an aging American population. “We cannot have a economic growth without labor force growth,” they concluded.

Second, Trump’s reform of the tax code wasn’t matched with the necessary spending cuts forcing the deficit and the government’s debt to increase as economic performance soared throughout 2018. Though this isn’t an issue to some, the truth is that the rising deficit can cause stimulus that can ultimately overheat an economy operating at near capacity.

On government debt, continuing to work without drastic spending cuts to match the loss of tax revenues brought on by the tax cuts is an unholy mixture that grows the red digits on the government’s balance sheet. Congressional Budget Office projections indicate that, as a result, “large and continuously growing federal debt would … increase the likelihood of a fiscal crisis in the United States,” according to a Cato Institute commentary in October by Chris Edwards, the think tank’s director of tax policy studies.

Tariffs and the trade war are the third area of contention.

Personally, I’ve written on the implications of the multinational trade war and how it affects consumers, investors and corporations all over the world. In theory, tariffs are merely sales taxes on imports and offer little to no benefit for the taxed or the tax collector. “Tariffs are regressive, placing a higher burden on lower-income households,” for example, the Tax Foundation argues. This is a common sentiment among scholars and policymakers, regardless of political affiliation. Trump’s tariffs on thousands of products from China, for example, virtually tax all American consumers.

There are other factors to cite when highlighting the other problems in the economy. Nonetheless, a combination of all of the elements highlighted here, among others, can be reason enough to argue that the economy is a victim of encroaching government.

Trump and his policies are a direct cause for economic volatility with the added interventions of the Fed, thus attributing to fears in the markets and the potential for a recession. Many economists and commentators feel confident that the American economy could avert a recession, but that optimism is hard to find.

Trump isn’t the saving grace for the economy that so many had hoped. As the trade war continues and we see more anti-market policies in the name of the ill-conceived narratives of nativism and protectionism, the economy will slow.