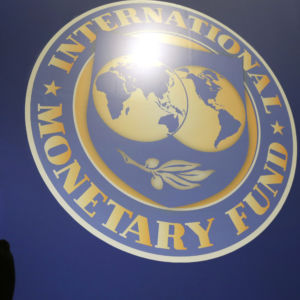 The IMF’s Return to Center Stage

Those writing off the International Monetary Fund as an institution that has long since outlived its usefulness have not been paying attention to the alarming deterioration in emerging-market economic fundamentals, first as a result of the COVID-19 pandemic and now as a result of Russia’s Ukrainian invasion.

Nor have they been paying attention to inflation’s return with a vengeance in the advanced economies. That return is now forcing the world’s major central banks to start turning off the monetary policy spigots that up until now have kept the emerging markets afloat without their need for major IMF support.

With the easy global liquidity music now beginning to stop playing and with the emerging market economies drowning in debt, it must be only a matter of time before those economies come knocking at the IMF’s door for large-scale financial assistance.

Russia’s invasion now threatens to aggravate the emerging market’s debt vulnerability. It will do so not simply by leading to a likely default on Russia’s external debt as a result of Western sanctions. It will also come about as a result of the skyrocketing international oil, grain and metal prices that have come in the Russian war’s wake.

The Russian energy and food price shock will also likely hasten the pace at which both the Federal Reserve and the European Central Bank will be forced to raise interest rates to get the inflation genie back into the bottle. Already before the Russian invasion, consumer price inflation in both the United States and Europe was running at multi-decade highs of around 8 percent. According to the Organisation for Economic Co-operation and Development, if sustained the Russian commodity price shock could add 1 1/2 percentage points to U.S. inflation and 2 percentage points to European inflation.

Over the last two years, in response to the COVID-induced global economic recession, the world’s major central banks flooded the world with liquidity by buying a combined staggering $10 trillion in government and private-sector bonds. That allowed the emerging market economies to readily finance their yawning budget deficits on relatively easy terms. It also largely allowed them to avoid having to go cap in hand to the IMF for conditional financing.

With the Federal Reserve now contemplating reducing the size of its bloated balance sheet by $95 billion a month and with the European Central Bank readying itself to exit soon its bond-buying program, the emerging market economies will now face a very much more challenging international liquidity environment than they did before. This will leave them with little alternative but to turn to the IMF for support, especially should investors lose their risk appetite on the bursting of the global equity, housing and credit market bubbles spawned by years of ultra-easy monetary policy.

If ever the IMF will be needed, it will be in the period immediately ahead. Let us hope that the IMF is ready to again effectively play its traditional role as the emerging market’s lender of last resort. not least because those economies now constitute around half of the world economy.