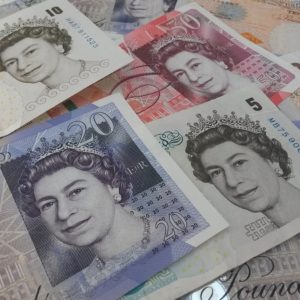 The Pound’s Wakeup Call for Boris

As a classics scholar Boris Johnson, the United Kingdom’s new prime minister, must know that those whom the gods wish to destroy they first make mad.

As a biographer of Churchill, he also must know that markets can unravel the best- laid economic plans as they did following Churchill’s ill-advised decision to return the U.K. to the gold standard in 1926 at the wrong exchange rate.

This background offers at least a glimmer of hope that Johnson might heed the very clear warnings that he is now receiving from the currency market that risking a no-deal Brexit could be a very costly proposition for his country. However, it could also very well be the case that Johnson has already dug himself into a political hole from which it will be impossible to get out.

The source of Johnson’s likely future economic and political difficulties is that, in his very first speech in office, he has tempted the gods by throwing caution to the winds. He did so by announcing that the United Kingdom will leave Europe with or without a Brexit deal on October 31 with no ifs, ands or buts.

Never mind that the Bank of England, the IMF, and the OECD have all warned that the U.K. economy could slump by at least 5 percent in the event that there were to be a no-deal Brexit. It would do so as the U.K.’s supply chains would be disrupted and as the U.K.’s access to the Single European Market would be made more difficult.

To underline that he does not fear the risk of a hard-Brexit, Johnson has appointed a Cabinet made up of a disproportionate number of hardline Brexiters. He has also drawn a number of red lines for any future Brexit deal negotiation, especially on the vexing Irish backstop issue, that his European partners are bound to reject out of hand. Knowing this, Johnson has now instructed his Cabinet to make preparations for the eventuality that the United Kingdom might indeed leave Europe without a deal on October 31.

In focusing the market’s attention on the real possibility that the U.K. could crash out of Europe on October 31, Johnson seems to have overlooked the fact that his country is now running a very large underlying external current account deficit amounting to around 4 percent of GDP. This means that, at the very time that he is taking the U.K. into uncharted economic and political waters with his no-Brexit deal gambit, the country is highly dependent on the kindness of strangers to finance its external deficit.

Judging by the foreign exchange market’s performance in the few days since Johnson assumed office, it would appear that the markets do no not buy Johnson’s repeated assurances that a no-deal Brexit would be a non-event for the British economy. It also appears that the market’s patience with financing the U.K.’s large external deficit is running thin. Indeed, over the last two weeks, sterling has managed to lose around 3 percent in value and now trades at its lowest level in the last two years.

With Nigel Farage’s Brexit Party breathing down his neck, it will be politically very difficult for Johnson to make a Brexit U-turn. This heightens the chances that sterling will continue its free fall to the point that it provokes a political crisis that will end in an early U.K. general election well before October 31.

Sadly, it is far from clear that early U.K. general elections will spare the country from further economic damage and currency weakness.

The net upshot is that, at a time that the European economy is already weak, it must expect to be soon hit by an economic shock coming out of the United Kingdom. That prospect is bound to have repercussions for the global economy and for world financial markets that will reach our shores. That in turn would strengthen the case for the Federal Reserve to be proactive in its interest rate policy as insurance against global economic weakness.