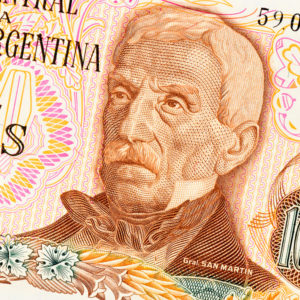 Renewed currency weakness in Argentina and Turkey should be raising red flags about the risks that the emerging market economies could pose to the global economic recovery in the year ahead.

It has to be of concern that the largest IMF financial program on record and the Fed’s recent pivot to an easier monetary policy stance have not spared the Argentine currency from renewed downward pressure. Indeed, since the start of the year, the Argentine peso has managed to lose 12 percent in value taking its total loss over the past year to around 50 percent.

The plunging currency has contributed to an increase in Argentine inflation to around 50 percent and to a sharp decline in output and employment. With presidential elections scheduled for October and with the global economy weakening, it is difficult to see how the Argentine economy will make a turnaround anytime soon.

It is also difficult to see how Turkey will emerge from its economic recession or how its currency will regain the 30 percent in value it has lost over the past year any time soon. All indications are that the country’s large credit bubble over the past decade has now burst and that President Recep Tayyip Erdogan’s political position has weakened substantially following his humiliating defeat in recent local elections. This has to raise questions about the Turkish corporate sector’s ability to service the $275 billion that it has borrowed in U.S. dollar-denominated terms.

Given their relatively small size, it would seem that troubled as the Argentine and Turkish economies might be, they cannot by themselves constitute a significant threat to the global economic recovery. However, the same might not be said of Brazil and Mexico, which after China are the world’s two largest emerging market economies. It is for this reason that one has to be concerned about the vulnerability of these two economies to crises under the seemingly shaky economic stewardship of their respective new presidents.

President Jair Bolsonaro’s ascendancy to the Brazilian presidency at the beginning of this year, coupled with his appointment of a market-friendly finance minister, held out the hope that Brazil would finally address its chronic pension system deficit problem. That would have enabled Brazil to reduce its bloated budget deficit, which now amounts to around 7.5 percent of GDP, and to put its currently high public debt level on a sustainable path.

Sadly, Bolsonaro’s initial months in office are suggesting that he lacks the temperament and political skill to build the necessary coalition in Brazil’s highly fractured Congress to secure passage of Brazil’s much needed economic reform. This makes Brazil particularly vulnerable to a further slowing in the global economy and to any deepening in Argentina’s economic troubles.

While the Mexican economy starts with very much sounder economic fundamentals than does Brazil, its long-run trajectory has been clouded by the ascent of Andres Manuel Lopez Obrador to the presidency.

In his first 100 days in office, Lopez Obrador has seriously undermined foreign investor confidence in the country by his market-unfriendly and populist approach to economic policy. Unfortunate Mexican economic policy decisions to date include the controversial cancelation of an international airport project, the postponement of oil and gas auctions that has raised questions about the maintenance of an open energy market, and the reduction of public salaries that threatens to promote a flight of talent from the public sector.

One reason for concern about the diminished economic prospects for the emerging market economies is that until recently those economies were a principal source of the world’s economic growth. Another is that their corporate sectors have become highly indebted especially in dollar terms, with the Bank for International Settlements estimating such debt at more than $3 trillion. Should these economies slow down and should their currencies continue to depreciate, it will become increasingly difficult for their corporations to service their debt mountains.

Global economic policymakers have correctly identified Brexit, China and the European economic slowdown as possible risks to the global economy. They would be well advised to add the emerging markets economies to their worry list and keep a close eye on their economic policy direction.