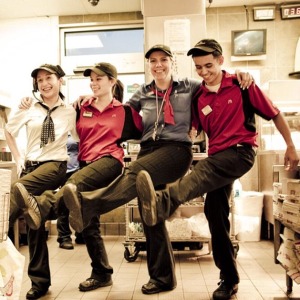 The movement for a $15 minimum wage in cities such as New York, Seattle and Los Angeles has many economists and policymakers worried. Supporters of a minimum wage hike have typically favored modest hikes in the minimum wage under the assumption that modest hikes could result in no more than modest job losses. A small negative impact on employment could be acceptable  so long as it resulted in a large hike in earnings for other workers. But let’s step back and ask what we mean by “modest” job losses? Last year, the Congressional Budget Office modeled an increase in the federal minimum wage from $7.25 to $10.10 and found that nearly 500,000 jobs could be eliminated as a result. A loss of 500,000 jobs is not trivial, but would these losses be acceptable if nearly 16.5 million workers experienced wage gains? This is the quintessential trade-off associated with minimum wage hikes: a lost job for some and a higher wage for others. From my perspective, this trade-off is not only unacceptable, but also one that policymakers need not make.

If the federal minimum wage increased to $15, job losses are likely to be much higher than just 500,000. In the latest jobs report from the Bureau of Labor Statistics, the economy added 215,000 jobs. Therefore, a minimum wage hike to $10 or $15 by these estimates, could wipe out many months of job gains, with long lasting adverse consequences for these displaced workers. Second, it is important to remember that there still exists a high level of underemployment across the country, with nearly 6.3 million involuntary part-time workers, a large pool of discouraged workers and 2.2 million workers who have failed to find a job for more than 27 weeks. A minimum wage hike would only create further disincentives for employers to hire underemployed and unemployed workers, by hiking entry-level wages. This hardly seems like a sensible strategy.

An even more pertinent question: who will these job losses affect?

In addition, more than 50 percent of minimum wage workers are aged 16-24 and nearly one in four is a teenager. Therefore, a hike in the minimum wage is likely to affect the employment prospects of younger workers significantly. Again, this seems like inappropriate policy given that the teenage unemployment rate, at 16.2 percent, is more than triple the total unemployment rate. Further, younger millennials are already having a tough time landing their first job in this type of labor market, which affects their lifetime earnings. Why make it even tougher for them to land any job at all by increasing hiring costs for employers? Finally, many of those who earn the minimum wage have low levels of education and roughly half are women.

In short, minimum wage hikes are likely to hurt workers who are the most vulnerable.

If a higher minimum wage were the only way to help low-income workers, then perhaps an unemployment side effect would be worth considering. However, there are far better alternatives to help low-income workers. As I have written before, expanding the Earned Income Tax Credit is a far less risky strategy and is clearly linked with far more beneficial outcomes for low-income workers and their families. In addition, more effective skills-training, perhaps through paid apprenticeship programs and wage subsidy programs, is likely to benefit our youth and help the unemployed get back to work.

The government has a responsibility to help low-income workers and to provide a safety net for our most vulnerable populations.  This is not accomplished through a minimum wage hike, which will expose some of our most vulnerable workers to the risk of job and income losses.