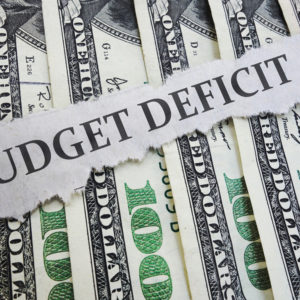 In an 1802 letter to Albert Gallatin, Thomas Jefferson said, “We might hope to see the finances of the Union as clear and intelligible as a merchant’s books, so that every member of Congress, and every man of any mind in the Union should be able to comprehend them, to investigate abuses, and consequently to controul them.”

Not many Americans understand the “finances of the Union,” otherwise known as the federal appropriations process. It’s fair to say that the typical citizen understands their basic rights — free speech, trial by jury, life, liberty and the pursuit of happiness (to name a few). However, many are not well-versed in the complexity behind what happens to their tax dollars after collection by the Internal Revenue Service.

Fortunately, Senator Mike Braun, R-Ind., has a plan to increase transparency, balance the budget and reel in congressional spending.

Braun’s budget proposal would promote balance within 10 years and save more than $5 trillion — without raising taxes. To do this, his plan would gradually limit federal spending back to 17.5 percent of potential gross domestic product, the 50-year average of revenue.

The Braun budget would also correctly realign spending, ensuring that all non-entitlement and non-military programs are subject to review by the respective House and Senate appropriations committees. Many of these programs have remained unchecked for years because mandatory — or direct — spending rules differ from those applied to discretionary spending.

Furthermore, it promotes transparency and accountability by withholding pay from members of Congress if the annual budget runs past the deadline, requiring all new mandatory spending to be offset, and obligating the Treasury Department to disperse annual government spending information to citizens. With these provisions and more, Americans born after 2001 would have the opportunity to experience a fiscally responsible nation with a balanced budget for the first time.

In recent months, one word has been on every American’s mind: inflation. Production costs, changes in demand, and fiscal policy are the drivers behind the astronomical numbers. While the United States is hardly the only country struggling with inflation, misguided regulatory policies have done plenty to hurt and little to help. Demand for products is staggered as the country recovers from the COVID-19 pandemic, creating conditions ripe for the price increases we are seeing in many sectors.

One of the biggest culprits of inflation is Congress. In the fiscal year 2021, the government spent $6.82 trillion, totaling about 30 percent of the gross domestic product. However, it collected only $4.5 trillion in revenue, leading to a $2.77 trillion deficit. This includes the inflationary $1.9 trillion American Rescue Plan Act, a law with a potential actual cost of $3.5 trillion over the next decade.

Rolling into FY22, Congress blew past the September 30 fiscal year deadline, passing continuing resolutions one after the other, until finally appropriating $1.512 trillion in a March 2022 omnibus for the remainder of the fiscal year. In an era of multi-trillion-dollar spending packages and kicking-the-can continuing resolutions, taxpayers have good reason to be deeply concerned.

Now, as if competing for a part in “The Walking Dead,” the Build Back Better Act looks poised for a return from the grave. President Biden’s 2,468-page capstone legislation passed the House in November. At the time, the Congressional Budgeting Office estimated that, at minimum, it would cost $1.7 trillion and add $160 billion to the national debt over the next decade. However, that price could rise to upward of $5 trillion. Clearly, the Senate — specifically Sen. Joe Manchin of West Virginia — is showing greater prudence than the House, slimming the pork-laden bill to offset drug pricing reform.

Under Braun’s proposal, no longer would the respective House and Senate appropriations committees be able to jam through partisan, wasteful spending, then celebrate its final passage as if future generations won’t have to foot the bill. By withholding members’ pay until the annual budget is passed, the long leash Congress has been afforded to bunt on the budget through continuing resolutions.

By disseminating information to the typical citizen about the government’s fiscal state, it encourages participation and community engagement, and by requiring the offsetting of costs, it ensures the government recoups its investments over time.

The nation’s fiscal state is at critical mass, and it is the responsibility of elected officials to fix the spending problem they have let fester for decades.

Michael Mohr-Ramirez is the government affairs manager at the Taxpayers Protection Alliance. He wrote this for InsideSources.com.