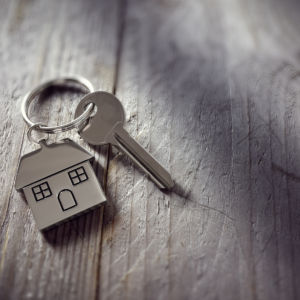 President Donald Trump’s treasury secretary, Steve Mnuchin, recently indicated that efforts to overhaul Fannie Mae and Freddie Mac won’t materialize until next year. This is disappointing to those who hoped he would finally start fixing the rot that caused 2008’s financial collapse and puzzlingly, remains largely untouched.

Mr. Mnuchin is generally well intentioned and this decision likely reflects political reality more than it does his preferred agenda. But more waiting is likely palatable to him, in part, because Treasury currently keeps 100 percent of the profits these government-sponsored enterprises (GSEs) generate. So, while Fannie and Freddie keep making money and paying Treasury, the American people remain helplessly exposed to the machinations of a still-dangerous system.

There is much disagreement over what role, exactly, Fannie and Freddie played in creating 2008’s financial crisis. Some claim they all but caused it. Others believe they played a supporting role, reflecting and reacting to long-festering institutional problems. Few, however, absolve them of blame, entirely.

When 2008’s crisis struck, Fannie and Freddie had long benefitted from a special deal with the federal government, enabling them to buy mortgages at bargain prices while avoiding the usual risk of real estate investment. And so, the GSEs bought billions of dollars in mortgages from banks, divided them into smaller securities, and sold them to investors. This opened up the real-estate game to a larger pool of investors and created liquidity for banks, allowing them to lend more money to homebuyers.

Logically and ideologically questionable as this was, this system remained mostly functional until the early 1990’s when Congress began pressuring Fannie and Freddie to buy more mortgages that had been made to low and moderate-income borrowers. Initially, 30 percent of the mortgages the GSEs purchased had to be loans owned by low and moderate income borrowers. By 2008, that quota had ballooned to over 55 percent, forcing the GSE’s to purchase sub-prime mortgages—lots of them.

You know the rest. The real-estate bubble grew, was ignored, and then burst spectacularly in 2008—rocking the world economy and ruining countless lives.

While America picked up the pieces, its government bailed out Fannie and Freddie, providing a $188 billion loan on which the GSEs would pay 10 percent interest—all with taxpayer money, of course. Resultantly, Fannie and Freddie survived and paid the government their entire debt, and then some—more than $270 billion. In 2012, the Treasury Department decided all the GSEs’ dividends would, from that moment on, be paid to Treasury, explaining that the GSEs must remain in conservatorship until Congress decides how to reform them—a task which always seems to remain a year away. This, of course, wasn’t appreciated by Fannie and Freddie’s shareholders, who currently receive no part of Fannie and Freddie’s profits.

Now, the countless entities who hold—in some convoluted way or another—a stake in this fight, understandably rumble over who gets these profits. Republicans and Democrats on Capitol Hill are fractured on the issue even among their own parties. Sadly, their positions often seem to reflect their received campaign donations more than their supposed ideologies. Meanwhile, the administration and Congress are distracted by the issue, which is theirs to fix.

It’s a shame that precious bandwidth on Capitol Hill—so devoid of accomplishments and without any major legislation passed this year—is wasted on this tangential battle instead of actual reform. Secretary Mnuchin, federal lawmakers, and others with power to lead on issues regarding Fannie and Freddie’s reform should instead focus on ensuring a 2008-style meltdown does not occur again. Instead of asking themselves who deserves Fannie and Freddie’s profits, they should question whether Fannie and Freddie should remain in existence, at all.

But few seem to be having these conversations. Treasury keeps getting paid by the GSEs. Shareholders continue fighting for their piece of the GSEs’ profits. The GSEs’ continue doing their dangerous work of distorting the housing market—just like they did in the decades leading up to 2008. All of those entities are powerful.

Powerless are the people, whose patience for their government’s supposed leadership has run short. Here’s to hoping Secretary Mnuchin remembers the people and steps forward as the leader who will finally work to protect America from yet another avoidable fiscal calamity caused by its housing market—and its own Congress.

Andy T. Le is a Republican political consultant and holds an MPH in Policy from George Washington University and MBA in Finance from Pepperdine University.