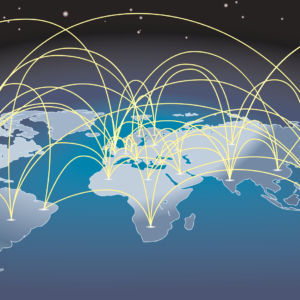 SEOUL — The United States is fighting everyone, it seems. Not in shooting wars, mostly limited these days to skirmishes in the Middle East, but in trade wars that could erupt eventually into the shooting kind.

Listening to the news, one gets the impression there’s no major country with which President Trump is happy when it comes to the U.S. balance of trade. That’s understandable on both sides. U.S. trading partners are upset by the tariffs Trump is imposing. Trump is upset by extraordinary trade imbalances, none so unbelievably enormous as the $400 billion surplus China reaps from exports to the United States.

It’s extremely difficult to sort out who is in the right. Probably there are instances in which the United States can make a good case, others in which traditional trading partners and allies are right in claiming Trump and his advisers are being unfair. If there is one thing I would really not want to have to do, it is sorting out the rights and wrongs of the trade war.

If it worsens, though, such friction can spiral out of control. In the worst-case scenario, it can break apart alliances, turning allies into neutral bystanders or even enemies, sending shockwaves reverberating around the world.

The trade war is likely to have the most dangerous repercussions in Asia. The Americans are deeply upset by China’s claim to sovereignty over the South China Sea. They see China extending its tentacles of power from the Korean Peninsula to the East China Sea where the Chinese claim the Senkaku Islands, held by Japan (the Chinese call them Diaoyu).

Circling beyond the South China Sea, the Chinese for decades have menaced India’s northern reaches in the high Himalayas while building a road through the mountains into the heart of India’s historic foe, Pakistan. The United States and China are historic rivals for friendship with Pakistan, bound years ago to the United States in treaty alliances and still the recipient of American military aid. The Chinese are pumping in still more aid while building a port at Gwador on the Arabian Sea.

Just imagine the dangerous consequences if the United States greatly reduced imports from China. It’s one thing to hike tariffs on selected items, but think of the full range of items. I’ve seen “Made in China” labels inside hats emblazoned with Trump’s “Make America Great Again” motto. One can easily see China forgetting U.N. sanctions on North Korea, which China rather reluctantly agreed on, while building up its own naval forces all around its periphery.

Americans may not have much trouble viewing China as a great if distant threat, but troubles with Canada and Mexico are uncomfortably close to home. Canadians may not speak with southern drawls or Midwestern twangs, but the Canadian accent is basically the same as that of millions of Americans. And so many people of Mexican and Central American descent live in the United States that Spanish is now the second American language.

Who knew that Canada and Mexico had quite large surpluses with the United States or that we’re looking at a standoff in which suddenly we’re veering toward separate crises with each of them?

OK, just about anyone who follows this stuff is aware Trump does not like the North American Free Trade Agreement, but to most of us the debate was rather abstract. It will cease to be so as the United States imposes retaliatory tariffs on both of them and they fight back with tariffs beyond those that Trump tells us, rightly or wrongly, are already hurting American workers and costing all of us money.

That dispute overshadows problems between the United States and South Korea over the Korea-U.S.  Free Trade Agreement, which Trump still regards as unfair despite adjustments. The U.S.-Korea trade debate comes at a most inopportune time, just as President Moon Jae-in and Trump are trying to get along with North Korea. For the sake of the U.S.-Korean alliance, it’s imperative to hold trade recriminations in check.

No matter what, this global trade war is going to cost everyone a lot more money if negotiators fail to come to terms. For Americans, the price of cars and gasoline is going up. That’s just one effect of the differences that could drive the United States into recession. If Trump has visions of making America “great again,” he and America’s trading partners had better come up with solutions soon and restore old-time friendships and alliances.