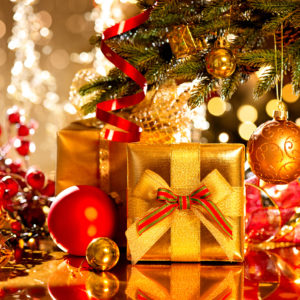 ’Tis the Season for Trump’s Tariffs

According to a report by Criteo, the holiday shopping season is beginning earlier and earlier. In 2017 alone, most major retailers — including Walmart, Target and Best Buy — initiated holiday marketing strategies in October. This early sales engagement contributed to a $680.4 billion revenue drive, according to the trends of this report and National Retail Federation numbers sourced by Statista.

Last year’s strong holiday shopping season is owed to the growth of consumer wages, a strong employment number, and a slew of other metrics. To note, consumers are likely to drive sales even higher this year. However, there are a few elephants in the room.

Earlier this month, the Trump administration forced its hand against China in a new chapter of protectionist parley. The administration is on the verge of levying 10 percent to 25 percent tariffs on a variety of consumer imports from Chinese manufacturers. Additionally, the levy’s overall valuation on coming imports is $200 billion. This number doesn’t account for the more than $30 billion in Chinese imports already under national security tariffs and American trade controls.

These tariffs could mean higher prices for American companies and consumers as the holiday season approaches.

Multinational retailers and brands with large markets in the United States already expect a strong shopping season. Nevertheless, retailers of all types stress concerns over major consumer repression and price increases if the current and coming tariffs have long-term staying power.

“We carry about 40,000 products every single day in a typical store and much of those products come from China, and it’s how we as a craft and fabric retailer have been able to supply such an incredible assortment to our readers and be the strong, growing, profitable retailer that we are today,” says Jill Soltau, the CEO of Joann Fabrics and Crafts, in a recent interview with Business Insider. Soltau’s company also launched a petition opposing Trump’s tariffs.

Regardless of the political semblance of a company, scores of other retailers are expressing concerns over the administration’s actions. Several companies during their quarterly reports to investors and in filings to federal regulators have all expressed concerns on tariff policies in the long term.

Brian Cornell, the CEO of Target, told investors that tariffs could have far-reaching consequences. He said: “We’re concerned about tariffs because they would increase prices on everyday products for American families.”

CEO Laura Alber of Williams Sonoma told investors that her company had done all that it could to absorb inevitable price increases. “We are aggressively working to mitigate the potential impact of these tariffs on our financial results,” Alber added.

These concerns are shared across the general retail segment. Considering the effect of tariffs on overall prices and the concerns of companies, the costs could inevitably reflect during peak shopping seasons.

Sun Xufeng with the Chinese Embassy’s Information and Public Affairs Section made clear the Chinese position on the trade war.

“The tariffs will definitely have a negative impact on both our countries … as we have always stated that a trade war serves no one’s interests,” Sun wrote in an email.

Trump’s rhetoric and Xi Jinping’s response to the administration’s self-destructive trade policy affects far more than people care to acknowledge. The potential for higher consumer prices during the holiday season is not the only concern. The truth is the world’s two largest economies are locked in an aggressive trade war. Local economies in both countries are facing unsustainable economic trends. Ultimately, we must remind our leaders that the billions of people between Beijing and Washington become victims of this bilateral governmental malfeasance.

Amazon, publicly traded retailers and thousands of mom-and-pop shops will get billions of dollars in business this holiday shopping season. But the real losers this holiday season will be the trade war’s unintended casualties: the consumers.

Trade Partnership analysts echoed these concerns in a policy brief from this past summer.

“Tariffs, quotas and retaliation would harm the U.S. economy overall, including workers in other manufacturing sectors,” the brief’s authors argue, citing aluminum and steel national security tariffs. The brief’s findings, however, can be applied equally to other scenarios. Given the nature of unemployment and consumer trends, tariffs could diminish consumer buying power.