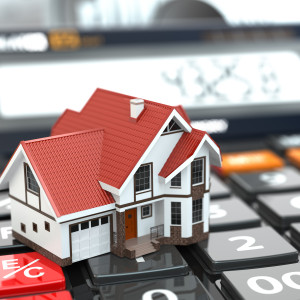 A newly-leaked memo from the U.S. Treasury should raise concerns for taxpayers and anyone who may plan to purchase a home.

The memo and experts suggest that under the strategy pursued by the Treasury, mortgage rates are likely to increase, credit pricing will be more pro-cyclical, and the use of 30-year, fixed-rate mortgages will decline. Taxpayers are also currently left on the hook as the Treasury claims all profits from Fannie Mae and Freddie Mac preventing them from recapitalizing to sustain a crisis.

InsideSources was the first to report last week on a secret internal memo from 2011 authored by Jeffrey Goldstein, the undersecretary for domestic finance, and sent to then-Treasury Secretary Timothy Geithner.

The Treasury failed to turn over the memo as required in a U.S. District Court case. The decision in the case made last September by U.S. District Judge Royce Lamberth is now in question as the memo appears to contradict Treasury’s legal arguments that it can perpetually seize all profits from mortgage giants Fannie Mae and Freddie Mac.

Setting aside the legal debate, the memo presents the expected outcomes for the policies that Treasury is pursuing. The results, according to experts and the internal memo, should worry both homebuyers and taxpayers.

Treasury’s favored reform for Fannie and Freddie has been to “end the GSEs,” or Government-Sponsored Enterprises, which back nearly every home loan in America. The memo describes efforts to wind down the GSEs as promoting a “bank-centric model” that “benefits larger institutions” and could exacerbate concerns over mortgage lenders being too big to fail.

Borrowers at smaller institutions could expect higher costs, according to the memo.

Treasury foresees reduced use of 30-year, fixed-rate mortgages, and the memo states, “markets would be subject to greater swings in spreads and liquidity and credit pricing would be more pro-cyclical.”

Mark A. Calabria, director of financial regulation studies at the Cato Institute, tells InsideSources that ending the GSEs could see rates rise by as much as 20 to 30 basis points.

“The notion of a bank-centric model is a dangerous and terrible idea,” says Josh Rosner, managing director of Graham Fisher & Co. and co-author of “Reckless Endangerment: How Outsized Ambition, Greed, and Corruption Led to Economic Armageddon” (Times Books, 2011).

Rosner explains that the financial crisis was deeply rooted in Fannie and Freddie moving across the divide from the secondary mortgage market and into the primary market. “The GSEs were intended to be providers of liquidity when banks couldn’t fund mortgages. Moving across this divide made them pro-cyclical as opposed to a safety net. A bank-centric model would create the same problems and create pro-cyclicality. Moreover, after the crisis everyone agreed that we need to reduce the systemic risks of our largest banks. If a large bank failed for an unrelated reason they, and regulators, would still scream to bail them out lest the mortgage market would grind to a halt.”

Even for Americans with no plans to buy a home, experts worry that taxpayers are being set up to provide another bailout to the GSEs in the event of a crisis. Fannie and Freddie are being held in conservatorship by the Federal Housing Finance Agency with all profits going directly to the U.S. Treasury even though the companies have paid back in full the loans provided by the government in the crisis. Because of this profit sweep, Fannie and Freddie are unable to recapitalize, which could otherwise create a cushion in the event of another downturn.

In response to questions about the implications of the memo, a Treasury spokesman tells InsideSources: “The flawed GSE business model, which allowed private shareholders to reap substantial profits from an implicit government guarantee at the taxpayers’ expense, was and is unsustainable.  This has been the Administration’s consistent position, set out in the White Paper and the President’s housing principles.  Both recapitalization of the GSEs and draws against the existing Treasury backstop would come at taxpayers’ expense.  We continue to believe that the only way to responsibly end conservatorship of the GSEs is through comprehensive housing finance reform legislation.”

The Cato Institute’s Calabria notes, “Regardless of how highly leveraged banks are, which I am concerned about, they still held a lot more capital per mortgage than did the GSEs.  A bank-centric position may well be the ‘least bad’ outcome.”

Rosner believes the conservatorship needs to be ended intelligently, with “real capital, strong underwriting, credible pricing of guarantee fees and limits to the GSE’s portfolios. If these items were in place post the 1992 reform legislation they wouldn’t have failed. Nobody supports recapitalizing without reform.”

Congress appears unlikely to help resolve the situation, and this leaves the courts to rule on many of the details. Congress previously passed legislation as the Housing and Economic Recovery Act of 2008 that could resolve the issue. The Treasury memo seems to argue that this legislation calls for privatization and recapitalization of the GSEs, but Treasury is not pursuing that approach. The memo could push the courts to force Treasury to abide by the legislation.