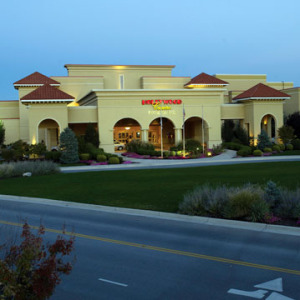 The Treasury Department scored a victory last Monday against tax-lowering strategies known as inversions with the decision by the U.S. drugmaker AbbVie to scrap its planned $54 billion merger with the Irish pharmaceutical firm Shire. Are the feds now taking aim at another kind of tax-avoidance scheme: a “homegrown inversion” involving real estate investment trusts, or REITs?

In an inversion, a U.S. company buys a foreign firm and reincorporates abroad. Profits earned overseas can then be sent to the U.S. company’s shareholders, or reinvested in the US business, without being taxed a second time – which is unlike the treatment for foreign profits of U.S.-domiciled companies.

An inversion also lets the U.S. company further reduce its US taxes by borrowing from its foreign parent, again taking advantage of lower tax rates abroad.

AbbVie criticized the Treasury Department for having “reinterpreted longstanding tax principles in a uniquely selective manner designed specifically to destroy the financial benefits of these types of transactions.” But it’s hard to argue with the department that houses the IRS.

Inversions are complex deals that try to rectify the anomalous U.S. corporate tax code. American companies pay the highest marginal rates in the developed world, and, unlike nearly all their competitors, they face a “universal” regime that taxes their earnings at U.S. rates wherever the profits are made.

So it’s not hard to understand why some U.S. companies have turned to inversions – or why the Treasury wants to bar such transactions.

There are signs that the Treasury is giving closer scrutiny, as well, to another method of lowering taxes that’s suddenly grown popular– and a similar crackdown may be near.

The target is the REIT. If it meets a set of rigorous requirements, a REIT can avoid the federal corporate tax entirely and pass its profits through to shareholders as dividends. REITs were first created in a 1960 law, and for decades they were, as the name implies, organizations that owned real estate.

In recent years, however, companies whose business is operating cell towers, prisons, data centers, and outdoor advertising have all converted to REITs. Next in line, according to Robert Willens, a tax expert, may be electric utilities and cable operators. Fiber optic and copper networks are in the wings.

Practically any company that owns real estate – or things that may qualify as real estate – wants to get into the act. Even McDonald’s, which has $40 billion in real estate assets on the balance sheet (nearly half its market capitalization), is under pressure from some investors to create a REIT structure.

As a headline in The Hill newspaper put it, “Tax friendly trusts swell under new rules.” That’s a reference to a release of new rules by the Obama Administration earlier this year. In that article, Howard Gleckman of the Brookings Institution explained, “What happened here is a lot of assets that normal people wouldn’t think of as real estate [are] now considered real estate. And now you’ve got another way to eliminate the corporate-level tax.”

But not so fast. In May, the Internal Revenue Service clarified the situation by proposing new regulations that make it more difficult to classify certain assets, like licenses, as real estate. It seems that, perhaps in light of the inversion fracas, the administration is taking a much closer look. As a result, converting to a REIT won’t be so easy – especially for casinos.

Yes, casinos. One of the most controversial nontraditional REIT conversions involves a company called Penn National Gaming, which last November spun off its real estate into a separate publicly traded firm called Gaming and Leisure Properties (GLPI). Penn Gaming expects to have GLPI blessed as a REIT when it files its taxes, but a June article by Lee Sheppard in Tax Notes titled “Gambling on REIT Status,” casts doubt on that expectation.

In a REIT spinoff of this nature, the objective is to boost the profits of the REIT while lowering the profits of the non-REIT. One way to do that is by valuing the REIT properties at a high level so that the non-REIT pays a lot of rent (this is a maneuver similar to the one used by inverting companies with loans from the foreign company to the U.S. subsidiary).

Sheppard, in her article, asks the question, “Is the rent so high that the IRS should endeavor to re-price or recharacterize the lease?” In the case of GLPI, the answer to that question depends on the casino license. The license itself, under Example 13 of the new IRS rules proposed in May, cannot be considered real property. But, asks Sheppard, “can the magic of a casino license nonetheless be taken into account in pricing the rent for the real property to which the casino license attaches?”

That seems to be what GLPI has concluded. In her article, Sheppard notes that one analyst says that the rent paid by Penn Gaming to GLPI works out to $65 a square foot while the rent for big-box retail space is about $12 a square foot.

This issue may sound arcane, but the desire to shift as much income as possible into the zero-taxed REIT is at the heart of other REIT conversions or planned conversions as well.

The new rules on licenses and intangibles are so troublesome that the National Association of Real Estate Investment Trusts, or NAREIT, was moved to send a letter to the Treasury Department in which it recommended “either deleting Example 13, or clarifying it to demonstrate that although a gaming operating license is not real property, such conclusion does not apply to any value that may inure to the real property itself, as a result of a favorable enabling law or zoning rule related to gaming.”

It’s not hard to see why the IRS is concerned. A study by Martin A. Sullivan, published in Tax Notes last month, estimated that 20 recently planned or consummated non-traditional REIT conversions or spinoffs resulted in total tax annual savings of between $915 million and $2.2 billion. The businesses involved included “timber, data centers, prisons, cell towers, billboards, and document storage facilities.”

Sullivan says that the amounts involved now seem small, “but the phenomenon is likely to grow.” He writes, “REITs spun off from existing businesses – such as Gaming and Leisure Properties Inc. and Windstream’s new [telecom] REIT – are actively seeking to be the repository of REIT qualified assets for other C corporations within their respective industries.”

A great deal of money is at stake. In August, Sullivan writes, a health club chain called Life Time Fitness announced it was exploring a REIT conversion. Its stock quickly jumped 15 percent, “increasing the firm’s market capitalization by nearly a quarter-billion dollars in a matter of minutes.”

Erika W. Nijenhuis, a tax specialist with Cleary Gottlieb Steen & Hamilton poses the question: “Is this a way for corporate America — or at least a segment of corporate America — to largely eliminate the incidence of corporate tax, and if so, is that just a natural outgrowth of what Congress has already told us is permissible REITs, or is it going beyond that?”

Nijenhuis used the term “homegrown inversions.” That’s an accurate phrase. I have sympathy for any U.S. company in its efforts to cope with the highest corporate tax rate in the industrial world. But just as the Treasury displayed little tolerance for inversions, it will almost certainly do the same for nontraditional REITs.

Rep. David Camp (R-Mich), in his sweeping tax reform, took dead aim at the special tax breaks of REITs and would effectively end the ability of C Corporations to convert to REIT status. With Democrats being the main critics of inversions, it’s not hard to see both parties ganging up on nontraditional REITs. Even traditional ones may be in jeopardy.

No doubt the best answer is corporate tax reform that lowers rates to 15 percent, ends the universal regime, and treats all firms – with real estate or not – the same. In the meantime, expect the IRS and Treasury, quite appropriately, to go after REITs that push the envelope.

John Burnett is a business consultant, entrepreneur and former candidate for New York City Comptroller. He is a resident of Harlem, New York. Follow John on Twitter @IamJohnBurnett