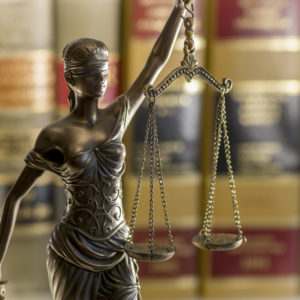 Donald Trump is no stranger to bringing lawsuits — not by a long shot. But he may turn out to be the president that makes bringing them a lot harder.

The imminent Republican control of the White House and Congress has created an unexpected opening for advocates of reducing the number of medical malpractice lawsuits, limiting challenges to corporate conduct and, above all, making it harder to bring class-action cases.

“There are an unbelievable number of things that Congress could do to gut the class action process,” said Paul Bland, executive director of Public Justice, a group that supports the policy and law behind civil lawsuits.

Most immediately, the new political constellations in Washington put into doubt plans by the nation’s lead consumer financial regulator to stop mandatory arbitration in contracts for credit cards, checking accounts and other financial services, a step that would have opened the door to many more class-action suits.

It may also give running room to Rep. Bob Goodlatte, the Virginia Republican who chairs the House Judiciary Committee, to enact legislation he’s previously introduced that would limit class-action cases. And companies may seek changes that have enabled lawsuits over unwanted telephone calls.

At the same time, the effort could unleash powerful opposition. Attacking the consumer regulator’s work will likely bring liberal Democrats in the Senate to its defense, possibly using the still-available filibuster for legislation. Even business interests, notably investors, rely on class-action suits. And the only thing less popular than politicians might be telephone solicitors that call in the middle of dinner.

If the Trump administration presides over a raft of legislation that constrains access to the courts, it will be a surprising coda for a candidate who threatened legal action more than any other.

The blog FiveThirtyEight tallied 20 instances in which Trump said he’d sue during the campaign alone, mostly involving allegedly defamatory speech; only 2 of them actually panned out. USA Today counted 4,095 lawsuits involving Trump over 30 years, mostly relating to his hotels, casinos and branding agreements. (Only 14 were media and defamation cases.)

At the same time, limiting class-action suits has long been a political priority of Republicans, which also explains why trial lawyers are, overwhelmingly, net contributors to Democrats. The lawyers’ trade group, the American Association for Justice, gave Democrats 97 percent of its $1.8 million in contributions this election cycle, according to the Center for Responsive Politics.

Partly because the incoming administration is not expected to have the policymaking apparatus that previous ones did, the impulses for policy in many areas are likely to come from Congress, especially the House of Representatives. Goodlatte introduced the Fairness in Class Action Litigation and Furthering Asbestos Claim Transparency Act, which the House passed early this year.

It gives a sense of where he would take legislation in the coming years. Most importantly, the bill limits the scope of who can be covered in a class action suits, which would probably limit both their number, and the payout — to plaintiffs and lawyers — of suits that do move forward. “Only those people who share injuries of the same type and extent should be part of a class action lawsuit,” Goodlatte said when it was introduced.

The Consumer Financial Protection Bureau, created by Congress in the wake of the 2008 financial crisis, this year proposed banning clauses that require customers to submit disputes with banks and other financial services providers to arbitration, and waive their right to be part of a class-action suit.

The recent scandal over Wells Fargo’s fraudulent account openings has thrown a harsh spotlight on the obscure arbitration process. Last month, Wells asked a federal court to enforce arbitration for customers in whose names accounts were opened without their permission, essentially forcing on them a contract which they never actually signed.

The bid prompted a withering riposte from Sen. Elizabeth Warren, the Massachusetts Democrat who assailed Wells over the scandal

“After dozens of Wells Fargo customers sued the bank to recover fees they were charged from these fake accounts, Wells Fargo tried to boot the claims from court and into the closed-door, industry-friendly arbitration process,” Warren wrote on Facebook.

Bland, the trial lawyer, veritably relished the prospect of Republicans going after the CFPB’s plan to ban arbitration.

“I’m going to call that the Wells Fargo Immunity Act,” he said. “That’ll be a great way to start off a Trump presidency. It gives the microphone to Elizabeth Warren. It’s about siding with banks not regular people.”

Business has long had on its list changes to the Telephone Consumer Protection Act, the law that created the do-not-call lists. In response to cold-calling telemarketers, the law also creates grounds for some lawsuits when consumers voluntarily offer up their telephone numbers to businesses, prompting complaints that the law is outdated, and that trial lawyers go after not the ephemeral telemarketers but other firms.

“While protections should remain for consumers, businesses too need protection from astronomical liability,” Becca Wahlquist, a partner at Snell & Wilmer, told a congressional committee.

The idea that Republicans would change a law aimed at telemarketing calls also left the trial lawyer Bland spoiling for a fight.

The law also bans robocalls and unwanted text messages to cell phones, and creates a basis for lawsuits, an immensely popular provision with which voters can instantly identify as more people shift toward a cellphone-only existence.

“There’s a chance that Republicans will bite off way more than they chew,” Bland said. “Talk to a bunch of 20 year olds and they go crazy at the notion that somebody can call or text their cell phone.”

Ira Rheingold, executive director of the National Association of Consumer Advocates, said too many restrictions on civil suits could bring out the fissures within the business lobby over how much access to the courts is too much. Buy-side investors and activist investors rely on the judiciary to make their cases.

And not all that class-action cash goes to Democrats.

“The corporate defense bar would be in serious trouble if class-actions simply went away,” Rheingold said. “And there are Republican trial lawyers.”