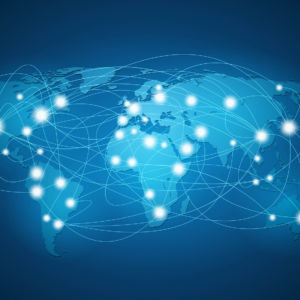 Trump Ignores the Global Economy at His Peril

Donald Trump’s “America First” policy seems to be blinding him to the currently very fragile state of the global economy. It also seems to be blinding him to the strong inter-linkages of the United States to the global economy that make it all too likely that an economic crisis abroad would have adverse consequences for the U.S. economic recovery. This has to be deeply regretted since it makes it very unlikely that President Trump will back down from the economic policy course on which his administration appears to be embarked and which risks hastening an economic crisis abroad.

Among the more important fault lines in the global economy are those in the Eurozone, whose overall economy is almost the same size as that of the United States. It is not simply that the vexing question of Greece’s possible exit from the Euro is again coming to the fore and that other Eurozone countries, like Italy and Portugal, remain saddled with sovereign debt mountains and with sclerotic economies.

Rather, it is that a wave of populism and anti-European sentiment seems to be sweeping the continent at a time that important elections are scheduled this year in the Netherlands, France and Germany. It also does not help matters that Italy’s ruling Democratic Party is now showing troubling signs of splitting. That could heighten Italian political instability by prompting early elections in that country at a time that most Italian opposition parties would like to see the country exit the Euro.

Yet other fault lines in the global economy relate to the emerging market economies. The Chinese government is trying to deflate a credit bubble of epic proportions at the same time that capital keeps flowing out of that country at an unsustainable rate. Meanwhile countries like Brazil, Mexico, Russia and Turkey are all having to cope with a reversal of capital flows and with corporate sectors that are overloaded with U.S. dollar-denominated debt.

The currently difficult global economic backdrop makes the new administration’s expansive budget proposals all the more difficult to understand. At a time that the U.S. economy is very close to full employment and that wage pressures are beginning to rise, the new administration is proposing substantial and unfunded household and corporate tax rate cuts. It is also proposing large increases in infrastructure and defense spending. In this context, it seems to be premising its budget proposals on the unrealistic hope that U.S. economic growth will pick up from its current 2 percent pace to between 3 percent and 4 percent over the next few years.

Absent a marked pickup in U.S. economic growth, such a budget policy is almost certain to increase the budget deficit and to add to inflationary pressures. It is also almost certain to force the Federal Reserve to significantly raise U.S. interest rates in an effort to stave off inflation. That in turn would make U.S. monetary policy more out of sync than it presently is with that of the world’s other major central banks, which would drive the U.S. dollar to ever-higher levels.

The last thing that a troubled global economy needs right now is rising U.S. interest rates and a strengthening U.S. dollar. That would especially seem to be the case considering that high U.S. interest rates would cause capital to flow back to the United States.

Nor does the world economy now need any closing of the global economy that might restrict international trade on which it so heavily depends. Yet, judging by key appointments to trade positions, the Trump administration seems to be very much embarked on a protectionist trade policy. This would seem to be indicated by its intent to label countries as currency manipulators, to impose import tariffs and to renegotiate multilateral trade deals.

Beyond the new administration’s budget and trade policy, one also has to be concerned about its cavalier attitude to the exit of additional countries from the European Union. This is all the more so the case considering that an unraveling of the Euro would almost certainly result in a wave of sovereign debt defaults in Southern Europe as interest rates for countries in that region would rise to levels that would make it all but impossible for them to service their debt.

Before continuing to cheer lead the Euro’s demise, the Trump administration might want to reflect on the fact that with a public debt now of more than $2.5 trillion, Italy is the world’s third-largest sovereign debt market.

One has to hope that in framing domestic economic policy, the new U.S. administration soon becomes more sensitive to economic developments abroad and to our close linkages to the global economy. If it does not, we should brace ourselves for some years of rough economic sledding both at home and abroad.