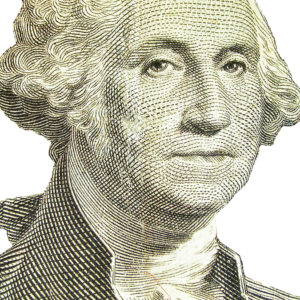 In his famous 1796 farewell address to the nation, George Washington cautioned against foreign entanglements and “interweaving our destiny with that of any part of Europe.”

Yet that’s exactly what President Trump’s latest executive order would do. He just signed an order tying Medicare Part B and Part D drug reimbursements to the lowest reimbursements offered in selected price-controlled economies, especially in Europe.

Government price-controls for prescription medicines have failed in the Old World — and will certainly fail here in the New World. The White House must reconsider this ill-conceived move.

President Trump described his executive order as an attempt to “end global freeloading on the backs of American patients and American seniors.” He was referring to the fact that health systems in other advanced economies pay far less for prescription drugs than we do.

That’s a legitimate complaint. The price controls imposed by governments in the United Kingdom, France, Germany, and other western democracies allow those countries to pay below-market prices for medicines invented by American scientists.

This freeriding is plainly unfair.

But the president’s proposed solution wouldn’t end the problem. It’d simply let the socialized health systems in many foreign countries dictate what America pays for drugs — thereby “interweaving our destiny” with Europe’s. That destiny doesn’t paint a pretty picture for sustainable medical innovation.

It takes close to $3 billion to create just one new medicine. If investors doubt their ability to recoup those costs and earn a return, they won’t allocate their capital to pharmaceutical R&D. Instead, they’ll fund safer investments.

The world doesn’t need more social media platforms or iPhone apps — we do need cures for cancer, diabetes, and Alzheimer’s.

But we may not get them, if history is any guide. In the 1970s, European scientists invented over half of the world’s new medicines; Americans developed just a third of all new drugs.

But as European countries imposed ever-stricter price controls on pharmaceuticals, more capital and talent flowed to America. Today, U.S. labs create well over half of all new drugs — Europe’s labs account for only a third.

If America goes the way of Europe, medical innovation will suffer, and patients around the globe will be worse off.

Price controls would also limit Americans’ access to prescription drugs already in the development and approval pipeline — just as they have elsewhere in the world.

Of the new drugs released between 2011 and 2018, only two-thirds were immediately available in the UK, while just 53 percent were on offer in France. In Canada, Japan and Belgium, patients had access to fewer than half of these medicines.

Americans, meanwhile, had access to 88 percent of these drugs.

The cause of this disparity isn’t mysterious. Biopharmaceutical firms are less willing to quickly launch their products in countries that impose price controls.

Americans deserve a better deal on prescription drugs. But the president’s executive order isn’t the solution they’ve been waiting for.

The measure would erect new barriers for patients yearning for the latest treatments and slow medical innovation for years to come.

That’s the truth. President Washington would be ashamed.