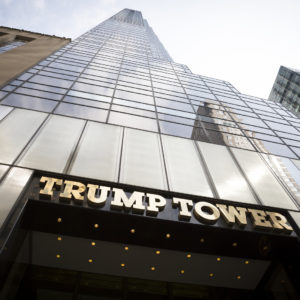 For a man who offered up extremely simple choices to reverse decades of U.S. trade policy, Donald Trump is starting to sound pretty, well, traditional.

The mix of commentary from Trump’s current nominees, potential nominees and informal advisers suggest that the President-elect is retiring the fiery rhetoric of retaliatory tariffs and trade wars in favor of a mix of initiatives that sound a lot like the opening agenda of other administrations.

Trump wants to increase exports, and every administration in the last 25 years has sought that. He may seek new trade agreements, for example with Britain as it exits the European Union. Trump also wants to re-open current trade deals for re-negotiation, which the business lobby may use as an opening to push parts of the agenda Trump left behind.

“I think the general thrust of his trade policy will be negotiation and re-negotiation,” said Larry Kudlow, the CNBC economics commentator who may join the incoming administration. “The art of the deal. I think there are going to be carrots and sticks here, absolutely.”

Trump added to his team today by putting Peter Navarro, an economist at the University of California, Irvine, in charge of a new White House body, the National Trade Council. It will coordinate trade policy, though its relationship to existing executive coordination bodies like the National Security Council, remains unclear.

Navarro is known as a severe critic of China, but hasn’t outlined concrete policies the Trump administration plans, a point Rep. Sandy Levin, a longtime critic of trade policy himself, highlighted.

“The challenge now is to move beyond the bluster and often dangerous suggestions of the President-elect and develop effective, responsible policies that make things better for the U.S. workers and businesses in the global economy, not worse,” the Michigan Democrat said in a statement.

Scott Paul, president of the Alliance for American Manufacturing, a labor-business group that’s been critical of previous U.S. trade policy, cautioned that trade may end up being a much smaller issue in government than it was for Trump as a candidate.

“Where is this issue on the priority list for Trump?” Paul said. “No one knows the answer to that.”
Since his election, Trump hasn’t filled out his campaign rhetoric with much policy. He promised, in a short video, that he’d pull out of the Trans-Pacific Partnership, a 12-nation free-trade deal that the Obama administration negotiated, but Congress did not pass into U.S. law. Trump has struck the tone that one might expect from a real estate negotiator.

“We’re going to make fair trade deals,” Trump told a group of tech CEOs. “We’re going to make it a lot easier for you to trade across borders. There’s a lot of restrictions, a lot of problems that I think you see. And if you have any ideas on that, that would be great.”

Trump may have already set the script for trade by appointing Wilbur Ross, a private equity mogul, as secretary of commerce. Ross is poised, according to people familiar with the transition, to be the chief architect of policy even though the U.S. Trade Representative traditionally assumes this role.

Jason Miller, the Trump transition team spokesman, told the Financial Times that Ross will “be our administration’s leader in setting many of our trade priorities.” That would leave USTR in a lesser role of implementing, not making, policy.

Veterans of trade policy battles in Washington expressed skepticism that this structure would work in practice.

There are different committees in Congress for oversight of the Commerce Department and the USTR, for example. And the Senate Finance Committee and House Ways & Means Committee, two panels whom Trump will need on other issues, have always insisted on dealing with the agency they oversee, USTR.

William Reinsch, an 8-year veteran of Commerce, said the sprawling department, much of which is devoted to fisheries issues because it’s home to the National Oceanic and Atmospheric Administration. The effect is only amplified if the congressional committees of jurisdiction include lawmakers from coastal states.

“The secretary gets swept up into all sorts of other things besides trade or technology, which are the fun things,” Reinsch said.

No clear choice for a USTR has yet emerged from Trump Tower. Dan DiMicco, a former steel industry executive and harsh critic of U.S. trade policy so far, has long been considered a shoo-in if he wants the job. And Robert Lighthizer, a longtime steel industry lawyer and former deputy USTR, has also been suggested for the position.

A DiMicco nomination in particular would be a decisive break with U.S. trade policy of the past 50 years, and a harbinger of conflict with Ross. Before the election, DiMicco threatened to leave the North American Free Trade Agreement and the World Trade Organization.

Trump has also sounded out picks that have free-trading records, like David McCormick, an executive with Bridgewater Associates, and also a Treasury Department official in the second Bush administration. Wayne Berman, an executive with private equity giant Blackstone, has also been mentioned as a possible pick. He also met with Jovita Carranza, an executive at logistics giant UPS, about the USTR gig, according to Politico.

Washington’s business lobby is quietly developing a plan to advance some of its priorities under the cover of a renegotiated NAFTA, according to people familiar with the work. Part of this plan would involve reviving parts of the Trans-Pacific Partnership — whose negotiation was completed last year – and that Trump has promised to repudiate, these people said.

All three countries in NAFTA — the United States, Canada and Mexico — are also members of the TPP. The Pacific deal included provisions that mainly affect those three countries, such as rules on automakers’ supply chains and dairy exports.

Under a plan one lobbyist called an “organ harvest,” the United States could scoop some provisions out of the TPP and into a revamped NAFTA. That would let Trump claim he’d gotten a better deal than his predecessors while advancing the business lobby’s priorities.

That plan would be certain to conflict with organized labor’s ideas on trade, and create an entirely familiar dynamic on trade policy: a fight between business and labor. The AFL-CIO, the nation’s largest labor confederation, has laid down demands for a new NAFTA that includes tougher rules on labor and environmental issues, provisions stopping currency manipulation and restrictions on auto industry supply chains.

Whatever concessions they made to become part of Trump’s team, many of his picks for senior positions are unabashed free-traders who endorsed TPP with no reservations in the past. That suggests their instincts will involve finding a way to revive it in some form.

Rex Tillerson, for example, the ExxonMobil CEO nominated as secretary of state, views free trade as a boost to the economy. In a 2013 speech, he endorsed TPP, along with the more open labor policies. “We must embrace the free flow of energy, capital, and human talent across oceans and borders,” Tillerson said.

Other fans of the accord include James Mattis, nominated to run the Pentagon; Rick Perry, the designated energy secretary; Ryan Zinke, on tap as Secretary of the Interior; Terry Branstad, the Iowa governor headed to Beijing as U.S. ambassador; and Gary Cohn, the former Goldman Sachs president who will run the National Economic Council.

“Our new president has exceptional negotiating skills,” Brady said. “As he examines new and old trade agreements, my advice is simple: Keep what works for America, fix what doesn’t, but keep us in those regions fighting for new sales and new U.S. jobs.”