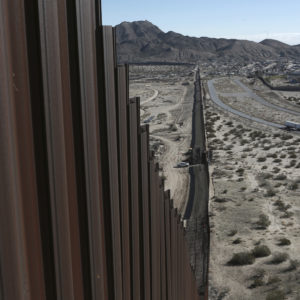 Turning Chest-Thumping Into Policy Creates Resistance and Uncertainty for Trump

How to devise a trade policy that takes from Mexico while not hurting the United States? It’s the question lying at the heart of President Donald Trump’s so-far fitful efforts to recast American trade policy in his own image. And there are no good answers.

On his signature plan to renegotiate the North American Free Trade Agreement — “the worst trade deal ever,” the candidate famously said — Trump is finding the going tough with a nervous domestic constituency in the American business community and determined opponent in Mexico.

“On our side, we have to stick to our principles and be clear that we will pursue the potential renegotiation that involves improving what we have, advancing in a positive direction, having a win-win strategy for the U.S. and Mexico, but not backtracking on what we have already accomplished,” Kenneth Smith Ramos, the head of Mexico’s trade and NAFTA office in Washington, said recently.

A few days later, Mexican President Enrique Peña Nieto, facing a nasty backlash at home over Trump’s plans to build a wall along the U.S.-Mexican border, canceled a planned trip to Washington that might have cleared up some of the uncertainties around trade policy.

Trump’s unexpected win in November made the normal task of turning campaign promises into reality that much more difficult. His advisers now have to turn his chest-thumping stump speeches into the minutiae of policy, all the while contending with a president who sends signals of his own intentions without warning, via Twitter.

Already, Trump has backtracked on one promise: to name China a currency manipulator on the first day of his presidency, a step that could pave the way for imposing tariffs on Chinese imports.

Below the level of rhetorical fireworks, there appears to be a line of communication between the Trump administration and Mexico on trade to at least exchange views. Mexican economy minister Ildefonso Guajardo visited Washington this week and met with Peter Navarro, Trump’s White House trade advisor. (No Trump administration trade officials have yet been confirmed by the Senate.)

Eric Farnsworth, vice president at the Council of the Americas in Washington, said the belligerent tone of Trump’s approach to Mexico could overtake any policy initiatives. For much of their history, the United States and Mexico have had uneasy or antagonistic relations, and the creation of NAFTA in 1994 started to change that.

“Trump is tapping into a real strain of nationalism that’s never far from the surface in Mexico,” Farnsworth said. “The close relations between the US and Mexico are a recent phenomenon.”

Wilbur Ross, Trump’s choice to be Secretary of Commerce, has privately suggested that the United States wants to change parts of NAFTA affecting the conditions under which products come into the United States duty-free, according to people familiar with his thinking.

As a technical matter, those conditions are known as “rules of origin.”

They essentially dictate that a product much have a certain percentage of content from NAFTA countries to qualify for duty-free access to the United States. Mexico, which has built itself into one of the largest auto assembly locations in the world, generally favors keeping those rules as open as possible. That allows automakers to source parts from Asia, ship them to Mexico, and still ship the final product to the United States without paying a tariff.

In theory, the Trump administration could seek rules that raise the threshold for duty-free access to force automakers to use more NAFTA-origin content. But that would still let companies create Mexican suppliers.

“A change like that doesn’t necessarily create manufacturing jobs in the United States,” said a lawyer who represents the international auto industry. “It’s possible there would be some.”

The lawyer requested anonymity, reflecting widespread fear within Washington’s trade policy community that getting crosswise with Trump would draw a critical tweet, or worse. Many companies, especially Japanese and European ones that have major operations in the NAFTA region, have drawn up contingency plans for how to deal with unexpected criticism from Trump.

Ross has said the United States could use the threat of tariffs on Mexican imports to force Mexico to agree to the change, but that is already raising alarm among American companies who want to preserve the integrated North American supply chain.

Under current law the president has this authority, but Sen. Mike Lee, a Utah Republican, last week introduced legislation that would curb Trump’s ability to hit Mexico with tariffs. His Global Trade Accountability Act has drawn private support from the business lobby, which is still leery of opposing Trump publicly.

“Sudden hikes in trade barriers could wreak havoc on many small and midsize manufacturers in my home state of Utah that rely on imports and globally connected supply chains,” Lee said. “Congress must be involved in any decision that would increase barriers to trade.”

White House spokesman Sean Spicer briefly appeared to threaten to impose duties on Mexican imports to pay for Trump’s wall, but backed off quickly. The legal authority for such a move is much less clear.