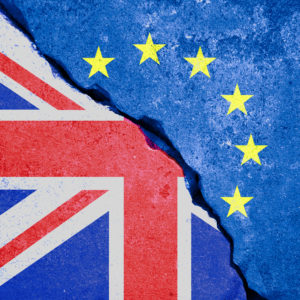 Since economic growth remains sluggish in both countries, advancing a free trade agreement offers the sort of mutually assured prosperity that should be pursued with great urgency. This opportunity is magnified by England’s scheduled 2019 departure from the E.U., which would afford us a trading partner with greater economic freedom.

While Trump appears to understand the economic benefits that lie at hand (on July 25 he tweeted: “Working on major Trade Deal with the United Kingdom. Could be very big & exciting. JOBS! The E.U. is very protectionist with the U.S. STOP!”), in order to overcome the political hurdles needed to achieve a free trade agreement, the Trump administration should take a page from Winston Churchill.

Churchill’s ability to secure greater economic and military cooperation between the United States and the United Kingdom is revealed in vivid color in Lewis Lehrman’s brilliant new book, “Churchill, Roosevelt & Company: Studies in Character and Statecraft.”

While it is well recognized that the United States and the United Kingdom have a special relationship, Lehrman notes:

“At the onset of World War II, Anglophobia was commonplace among civilian and military leaders in Washington. Mutual distrust had resulted from decades of Anglo-American competition. Bad blood had followed World War I, not least because of Britain’s failure to pay its debts to the United States.”

In short, persuading the United States to agree to greater economic and military assistance during World War II was no layup. So how were both sides able to strengthen cooperation from across the pond? Lehrman peels back the curtain:

“The entire, complicated British-American relationship was held together by much more than the mutual respect of the prime minister and the president. During World War II, Roosevelt and Churchill appointed envoys and military leaders who worked at close quarters with one another in unprecedented harmony, despite suspicions and prejudices that some colleagues and countrymen harbored about each other. The Anglo-American relationship was inspired and reinforced by strong entrepreneurial envoys such as William Donovan, Harry Hopkins, Averell Harriman and Max Beaverbrook, all of whom operated confidently with the delegated authority of the president and the prime minister.”

These envoys proved extremely successful in brokering a relationship that created the “special bond” between the United States and Britain.

One prominent American adviser, Harry Hopkins, developed such a strong relationship with Churchill that “he could occasionally tease the prime minister. At the Quebec summit in August 1943, Churchill drank some iced water before commenting ‘This water tastes very funny.’ Hopkins responded: ‘Of course, it does. It’s got no whisky in it. Fancy you a judge of water.”

In his book Lehrman provides a unique, three-dimensional view of the individuals and relationships fostered in implementing the Lend-Lease Agreement, and U.S. military involvement in World War II.

With the United States and Britain now facing the mutual threat of slow economic growth, perhaps it’s time for both countries to prepare their own “free trade envoys” to help us unleash prosperity. Lehrman’s fascinating new book would serve as an excellent how-to guide.

Jon Decker is executive director of the Committee to Unleash Prosperity. He wrote this for InsideSources.com.