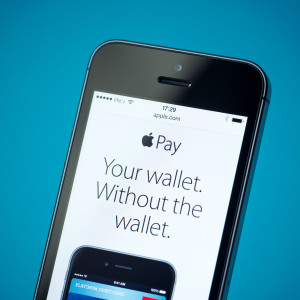 Uber, But for Banks: Wall Street Braces for Tech-Fueled Disruption

After years of feuding with liberal critics who blame them for the 2008 financial crisis, banks are now contending with a new force that is at least as influential and a lot wealthier — an emerging coalition of large and small tech firms with many of the same advantages Wall Street has and at least one, notably, Wall Street doesn’t: a positive reputation.

The new players are parlaying the favorable aura of Silicon Valley into a bulwark against regulations advocated by banks that would slice into the booming business of “fintech,” shorthand for the emerging industry known as financial technology. At stake are literally hundreds of billions in profit, according to an estimate by that quintessentially Wall Street firm, Goldman Sachs.

“Who is the true voice of innovation?” said Brian Peters, executive director of Financial Innovation Now, a new group that aims to unite companies like Google and Amazon with the next generation of tech innovators. “A lot of people in Washington care very much about technology. They worry about what they know, and they know technology.”

Like other industries disrupted by tech innovations in recent years, banks are angling for government action that would hamper less costly upstarts whose popularity is growing. Just as cab drivers argue that ride-sharing services like Uber and Lyft are unsafe because they’re unregulated, banks argue that their fintech rivals don’t offer consumers the security and stability of insured deposits and fraud protection.

Even for the tech and finance industries, accustomed to dealing in large numbers, the amounts of money at stake boggle the mind: $4.7 trillion in revenue in the coming years that would otherwise accrue to traditional financial services firms, and $470 billion in profits, according to a 2015 report by Goldman Sachs.

The industry developments have given rise to a simmering dispute in Washington over the role of regulation in fostering innovation. The tech industry wants breathing room for young startups. Those same banks want regulators to scrutinize their new competitors more closely. And bank lobbyists have reserved their most worried tones for what technology giants such as Apple, Google and Facebook could yet do to outflank the payment systems whose control nets banks and card companies about $40 billion per year.

Rob Nichols, the recently installed president of the American Bankers Association, said the rise of fintech is an “issue that unifies the industry.” Venture capital invested in the sector rose from $4 billion in 2013 to triple that in 2014 — and probably $35 billion last year. Nichols said banks care about one issue here: that fintech companies follow the same rules: “Will we have a level playing field from a regulatory standpoint?”

For banks, it’s the wrong time to have their Uber moment.

Seven years after banks got a massive taxpayer bailout while millions of Americans lost their homes and jobs, a 2015 poll by opinion research firm Harris found 77 percent of those queried had a positive impression of the technology industry, while 35 percent said the same about finance. Only the tobacco industry and government ranked lower.

Hans Morris, managing partner at Nyca Ventures in New York, said fintech companies can exploit the aura of Silicon Valley to avoid burdensome regulation. “Consumer expectations have risen, and consumers will trust technology companies in a way that they didn’t 10 years ago,” said Morris, a former executive with Citigroup and Visa. “And they don’t trust banks.”

There’s an expanding regulatory agenda in Washington in which the fundamental question is whether fintech gets the same treatment as banks.

“Whether we were looking at small-dollar lending or retirement savings or access to the financial system, everything had a big fintech component,” Wheeler said. “It’s where the least amount of groundwork has been laid for policymakers and regulation.”

For example, the Treasury Department is reviewing how regulators should handle “marketplace lenders,” companies like Lending Club and Prosper, in which people pool their money online to make loans.

The Independent Community Bankers of America, the voice of the powerful small-bank lobby in Washington, wrote a letter to Treasury arguing that federal regulators should create and enforce for these companies rules “that are no less stringent than the regulations faced by community banks with regard to safety and soundness standards and consumer protection laws.”

Even if regulators don’t actively help fintech firms, the day-to-day existence of a bank is much more complicated because state and federal authorities directly supervise places where customers deposit money. This in-person examination of banks has no equivalent for fintech companies that may be handling billions of dollars in loans, said Jeffrey Naimon, a partner with Buckley Sandler, a Washington law firm.

Aaron Rieke, director of technology policy projects at Upturn, a Washington consultancy, said fintech can probably expect a hands-off approach from regulators for now. “The general mood among the regulators is caution,” Rieke said. “They are trying not to step on a market that is new, and still showing what it can do.”

To create a bank, experienced executives have to raise money, scrutinize the rules and manage regulators. Startups lock their software developers in a room for a few days and slide pizzas under the door until they come out with a new smartphone application and put it online.

They might not replace banks, but some of them have a decent shot at once-reliable revenue streams especially from payment systems like debit and credit cards, said Huw van Steenis, the head of European bank research at Morgan Stanley in London.

Nowhere is this strategy more apparent than in payment systems, the financial plumbing for moving money whose chokepoints are controlled by banks, and to a lesser extent, networks such as Visa and MasterCard.

The Clearing House, an organization whose members are the largest banks in the country, like JPMorgan Chase, Bank of America and Wells Fargo, has called for comprehensive regulations on alternative payment providers. In an August study, they called out giants like Apple and Google, but also new companies like LevelUp and Venmo by name, and urged regulators to write new rules, or enforce existing ones, in areas like privacy and data security.

And those very same banks who have fought for 5 years against the law Congress passed in 2010 that threw a blanket of regulations over them, demanded legislation that would force these new rules, and give authorities the money to enforce them.

“What they want to do is strangle these innovations in the cradle,” said Doug Kantor, a lawyer for Steptoe and Johnson, who represents the retail industry that has long sought to break the hold banks and card companies have on the payments business.

Appearances aside, newer payment methods, like Apple Pay, still rely on credit and debit card systems controlled by banks to move money. Tapping an iPhone at the point of sale is merely a new form of card, but the money still moves on the same network, as evidence by the bill. Consumers can only use Apple Pay if it’s linked to a card.

It’s one reason why people like Gavin Michael, head of digital at Chase, the consumer banking division of JPMorgan Chase, express confidence that banks still have a role to play. Those pieces of plastic controlled by banks have the economies of scale that no one can match, and they earn about $40 billion each year for moving money.

“Our relationships revolve around our best credit and debit cards,” Michael said. “The key to any of this is ubiquitous acceptance of payment methods.”

But what if the technology companies that do have scale — Google, Facebook, Apple — turn to their millions of users, to create their own economies of scale? Imagine a Google Wallet that doesn’t simply channel transactions into payment cards but bypasses them entirely.

That would crater the economics of payments for banks.

“They will fight like crazy to keep the advantage they have in the current system,” said Michael Barr, a professor of law at the University of Michigan. Barr, a former assistant Treasury secretary, said “money in politics” might matter most for banks as they fight back.