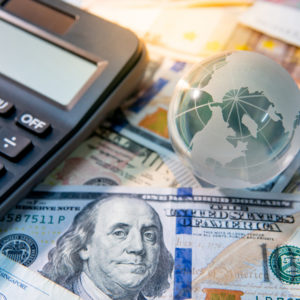 Uncertainty Is the Biggest Threat to World Economy

The global value chains (GVCs) developed all over the world — which allowed multiple nations to produce components and collaborate on assembly of products — have ceased to function because of political uncertainty and closed borders amid the coronavirus pandemic.

Even after things have settled down, the global economy will have to start over and re-invest in rebuilding GVCs.

The development of GVCs in the Asia-Pacific region over the last three decades has brought a new international division of labor between developed and developing countries, as well as between democratic and authoritarian countries.

If a country is involved in the global economy and benefits from GVCs based trade, as many of the Asia-Pacific countries do, then its government would have a strong incentive to use the FTAs as a gaiatsu (literally meaning “foreign pressure”) to advance domestic economic reforms.

This argument has particularly important implications for policy debates over the Trans-Pacific Partnership (TPP) — which was originally a U.S.-backed trade agreement but is now led by Japan, Canada, Australia and Mexico. When the international negotiation of the TPP was concluded in October 2015, then-President Barack Obama said that “we can’t let countries like China write the rules of the global economy.”

However, although the U.S. withdrawal prevented the TPP from taking effect immediately, its agreed rules have become an important model for any incoming free trade agreements.

That is why Japan took the initiative to conclude a new agreement with the other 10 states now named the Comprehensive and Progressive Agreement of Trans-Pacific Partnership (CPTPP): that is, almost the same set of rules agreed upon by the original 12 signatories but not requiring the U.S. participation.

The CPTPP should be open for China’s participation in the future. The Chinese economy had already slowed down before the COVID-19 outbreak, as the state-owned enterprise reform has stalled under the Xi Jinping administration. Overall, the productivity of state-owned enterprise systems is lower than that of private firms, but Xi seems to give a priority to political control over economic efficiency.

And perhaps most important to note is that this effect would occur even if China is not an immediate signatory of the CPTPP.  If China implements the state-owned enterprise  reform, the CPTPP including China would further deepen regional economic interdependence.

If China does not implement the SOE reform, the CPTPP would give its signatories an advantage to benefit from GVCs based international trade and help them confront China’s challenge to the current rule-based liberal international order. While the CPTPP would serve for this purpose, the Chinese-led trade agreement Regional Comprehensive Economic Partnership would not.

For China to lead the global economy, it is inevitable to be committed to the state-owned enterprise reform and Xi must face the backlash from anti-reformist nationalists.

Hiroki Takeuchi is associate professor of political science and director of the Sun & Star Program on Japan and East Asia in the Tower Center at Southern Methodist University. He wrote this for InsideSources.com.