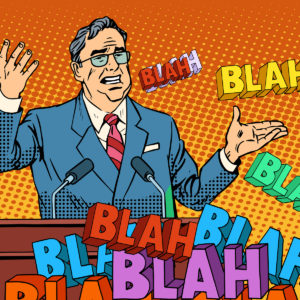 Unintended Consequences  — Something From Nothing

Your first impression from the title might make one think the article is about science, which it’s not; it’s about human nature.

Children wonder how their mother knew when they were lying. They jokingly said she has eyes in the back of her head. As strange as it may seem, when adults get into an uncomfortable situation, some will revert back to childlike lies.

For example, the former governor of South Carolina, Mark Sanford, disappeared for a few days and someone on his staff said he was hiking alone on the Appalachian Trail. Since he always has security with him and didn’t then, his office used a childlike story that yielded unintended results, his resignation.

Robert C. Merton, a winner of the 1997 Nobel Prize in economics, described the unanticipated consequences of social action having both intended and unintended consequences. Everyone is aware of the expected ones, but the unintended, those are more challenging to recognize.

When a question is ignored or deflected to avoid embarrassment, the answer is easily identified, therefore getting “Something from Nothing.” A simple example can be seen when a politician is asked a question. They might walk away without answering, saying “no comment” or change the subject. Did they directly answer the question, No! Did they provide an answer? Yes!

Giving multiple answers is another oddity that provides an answer without receiving one. A reporter asked a congressman about a statement made in a meeting. First, the congressman indicated there was no meeting. Then when told of a transcript, said it was made-up. Finally, when informed of an audio recording, he stated they were only kidding. Did he provide an answer about the meeting?

Then there is the corporation, government body or an individual accused of some wrongdoing. They proclaim their innocence with nonspecific long-winded answers, impeaching the accuser’s credibility or their competence. Has an answer been given?

Turning the concept around, sometimes too much of something yields nothing. Heaping the same praises on different people conveys the meaning they know nothing about the person and are just trying to look important.

Can information be obtained about a company without any being provided? It comes down to is the company interested in you and your purchase or only your money? Usually, it’s answered by how easy is it to resolve an issue? If a company offers a telephone or chat contact, it usually indicates they’re interested in the buyer. On the other hand, an email or social media contact, not so much. But a snail mail and no contact information at all means don’t bother me, just buy the product and shut up. Sort of like calling 911 and hearing, “Leave a message.”

As ridiculous as it may seem, in a recent survey I made I found pitches for home developments, newspapers and TV stations where no contact information was provided. None at all! Is it a mistake, who knows, but I certainly got “Something From Nothing.”

I’m not sure what it means, but at least it says to stay away. In a similar instance, I recently had a warranty item with a prestigious Japanese car manufacturer. They didn’t honor it locally, and corporate wouldn’t answer any correspondence. That’s a good indicator of where not to buy a car.

These are just a few examples of how to get information by listening very carefully to answers or lack of them, the results can be loud and clear!