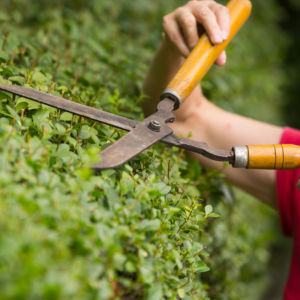 A hedge fund watchdog removed almost every mention of its union sponsors from its website not long after being criticized as a front group, InsideSources uncovered Monday.

Hedge Clippers describes itself as a national campaign focused on revealing dark money schemes. The group previously disclosed on its website its connection to the union-backed Strong Economy for All Coalition. Now nearly every mention of the coalition has been removed from the website.

“The project is supported by the Strong Economy for All Coalition,” Hedge Clippers previously stated on its About page. It described itself as “a coalition of labor unions and community groups working to fight income inequality and build shared prosperity and economic & social justice in New York and around the country.”

The original page is now a dead link and can only be accessed through cached archives. Hedge Clippers made the change sometime after May when it began receiving media attention for its union connections. The Strong Economy coalition denies the changes had anything to do with the media attention.

The New York Post and The 74 began questioning in May whether the group was being used as a front by teachers’ unions. Prior to that point, the group received positive coverage from a number of left-leaning publications, including New York Magazine.

Hedge Clippers last mentioned the union connection in a report published July 17, but since then all other mentions have been removed from its website. The same report can be found in full as a page on the website but it no longer includes a reference to the union coalition.

The Strong Economy coalition publicly acknowledges the support it receives from labor unions. On its website, the coalition lists the Communications Workers of America, the New York City Central Labor Council, the United Federation of Teachers and the United Healthcare Workers East, among others.

While Hedge Clippers works to expose the transactions of hedge funds, the group also opposes charter schools, which teachers unions often dislike because it forces them to compete with nonunion educational groups. Hedge Clippers also supported efforts  to raise taxes in New York, which could benefit public-sector unions through increased government revenue.