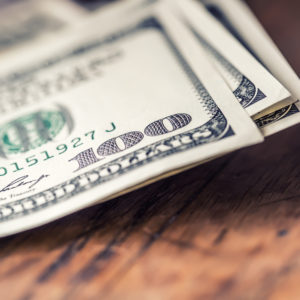 Universal Basic Income Would Undermine the Success of Our Safety Net

The American safety net is not perfect — not by a long shot — but it does a good job of ensuring that low-income Americans have enough support to meet their basic needs. The data are clear about that: Consumption poverty, which measures the wellbeing of the poor after accounting for safety net assistance provided by the government, declined to an all-time low of 3 percent in 2016. Thanks to a good economy and strong public assistance programs, very few Americans live in deprivation.

Universal Basic Income (UBI) would be an unaffordable way to undermine our social safety net’s successes. UBI would transfer money away from those who need it most, change the distinctly American relationship between citizen and government, and sharply raise taxes or the national debt (or both). And critically, it would fail to improve upon our current safety net’s biggest weakness: UBI would destroy — not improve — incentives to work.

The first problem is the money. A truly universal payment of $10,000 to every citizen every year adds up to a new expense of about $3 trillion, well more than we spend on our social safety net now, and close to the entirety of the tax revenue currently collected by the federal government.

If any element of the current safety net is going to be preserved, taxes will have to be raised dramatically, beyond what is politically plausible or economically desirable, or the United States would have to borrow even more money than we already do. Proponents of UBI should have to answer: What social programs will be cut to make room for their proposal?

Some of the money needed to pay for UBI would have to come from the middle- and lower-middle classes, either in reduced benefits or increased taxes, and they would then see some of their money transferred up to wealthier recipients of UBI. Money that would have been spent on programs for people in the lowest income quintiles would now be distributed universally, including to the uppermost income quintiles. This does not sound much like an anti-poverty program.

As for those not among the high earners, UBI would surely illustrate a basic law of economics and negatively affect the incentive to work and produce. One thing I saw clearly in my 19 years of working in safety net programs in New York was that when benefits rose, work and earnings declined. And in the major study of UBI-like programs provided in Seattle and Denver, substantial, unconditional payments were found to cause a near 14 percent decline in labor force participation, and a 27 percent reduction in hours worked by women. That’s a labor force drop-off greater than the difference between the highest participation rate we’ve ever seen in this country and the lowest.

That doesn’t only mean people will be less driven than ever to earn their way out of poverty. Less work also means fewer “feelings of citizenship and social inclusion,”  worse mental health and feelings of wellbeing, less happiness, worse self-esteem, even worse health among children,  more crime, and way more drug abuse. The benefits of working are vast and well-documented, and anti-poverty programs should encourage work — not discourage it.

In considering UBI, we need to be conscious of what it means for an individual to be financially independent, and how industrious, independent individuals have been the drivers of American ingenuity and progress. Americans who grow dependent upon the generosity of the state become its wards, and making them so will risk forfeiting what has made America the prosperous nation it is.

There are other, far more effective ways to improve incomes and outcomes for poor and working-class Americans. Wage subsidies can ensure that working parents have more financial flexibility to support their families.

If we are worried about the automation revolution making current jobs obsolete, we should focus on teaching soft skills and technological skills to low-skill workers and to people who do not attend college. Career and technical education provides many opportunities to prepare for a future in which understanding new technologies will be a paramount skill, and public policymakers could focus on ensuring that low-income people are properly supportedas they gain the knowledge necessary to enter or reenter the workforce.

The bottom line is that UBI gives up on work — with all the positive secondary effects work brings — in favor of an unaffordable overhaul of our current social safety net programs. We are not, and should not be, prepared to sacrifice our longstanding commitment to adapting to new circumstances and equipping people with new skills for a new economy. Without answers as to how we can pay for UBI, how it can avoid the pitfalls of a further shrinking labor force, and how we can maintain our distinctly American freedom, the UBI is a risk we cannot take.

A longer version of this essay originally appeared in The Catalyst: A Journal of Ideas from the Bush Institute.

Robert Doar is the Morgridge Fellow in Poverty Studies at the American Enterprise Institute. From 2007 to 2013, he was the commissioner of the New York City Human Resources Administration, the city’s principal welfare agency.