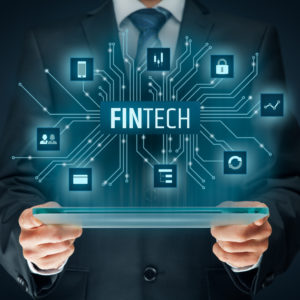 Unregulated Fintech Could be the Source of the Next Market Crash

Ten years after the start of the Great Recession, the U.S. economy is currently booming. But some industry experts fear that, without regulation, financial technology (fintech) companies like Biz2Credit, Fora Financial, Kabbage, LendingClub, Lendup and OnDeck Capital, Inc. could bring about the next market crash.   So why aren’t governments acting? Because of an ongoing debate over who should oversee this new industry– states, or the federal government?

So far, only one fintech company — Varo Money — has been preliminarily approved to formally apply for an OCC charter.

Meanwhile, industry experts are urgently pushing for regulation. According to one recent research paper by Karen Petrou of Federal Financial Analytics, unregulated fintech could precipitate another major market crash.

Petrou wrote, “Given that (fintech) is almost entirely unregulated with regard to resilience, recovery, conflicts of interest, monopoly power, and pretty much everything else, this changing landscape poses significant risk from exactly the same vulnerabilities that sparked the last debacle and, even more worrisome, from new ones. As a recent paper observes, virtualizing financial risk by housing it in fintech companies does not change the fundamental nature of actual risk.”

Representatives of the National Association of Federally-Insured Credit Unions (NAFCU) recently testified before the Senate Banking Committee on the state of fintech and regulation, arguing that fintech companies should be subject to the same regulations as banks in order to prevent malpractice, unfair competition and economic hazards.

In a letter to the committee’s chairman, Sen. Michael Crapo (R-Idaho) and Sen. Sherrod Brown (D-Ohio), the NAFCU’s Vice President of Legislative Affairs Brad Thaler said, “The use of fintech can create data security concerns with consumer financial data. For example, a fintech company that permits consumers to consolidate control over multiple accounts on a single platform elevates the risk of fraud and may not be subject to cybersecurity examination in the same way credit unions are under the Gramm-Beach-Bliley Act.”

Thaler is referring to the lack of transparency regarding the algorithms fintech companies use to calculate interest rates for small business owners and individual lenders. Many of fintech’s biggest customers are low-income borrowers and people of color, per research conducted by Rep. Emanuel Cleaver (D-Mo.)

Cleaver discovered fintech companies often don’t disclose what factors they take into account when calculating a new borrower’s interest rate, and even when they do, which factors they choose to use are highly questionable. Some examine social media profiles, for example.

This “opacity” and lack of accountability raises risks for consumers, Petrou said.

“Banks are also required to keep careful documentation on and then to validate their underwriting and product-offering procedures,” she wrote. “Absent any effort by the Bureau of Consumer Financial Protection to assert authority, no such examination or documentation requirements apply to fintech services, making it difficult to evaluate systems to determine if problematic outcomes are the result of market factors or illegal and improper actions.”

While state and federal governments claim the debate is over regulatory issues, the real driver for the regulatory fight is over the charter revenue: states would lose out on a significantly large new source of revenue if fintech companies opt to charter with the OCC instead of the states.

“The emergence of fintech in the financial services marketplace presents new opportunities,” Thaler told the Senate Banking Committee. “However, it can also present new threats and challenges as entities emerge in an environment that can be unregulated or underregulated.”