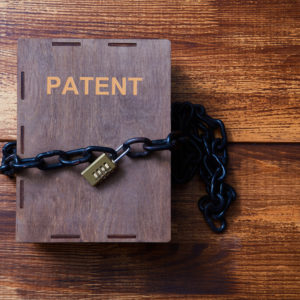 Using the Pandemic to Undermine Patent Rights for All Inventors

During the Great Recession of the late 2000s, Rahm Emmanuel, President Obama’s then-chief of staff famously stated, “Never allow a good crisis to go to waste. It’s an opportunity to do the things you once thought were impossible.”

Unfortunately, some large high-tech companies who have long sought to weaken the patent system to support their business models are now embracing that Machiavellian mantra as they seek to use the threat of the coronavirus pandemic to undermine patent rights — not just for drug manufacturers, but for all inventors.

Patents are a key driver of economic growth and job creation in the United States and provide a critical incentive for innovation, including the medical innovation needed to respond to the pandemic.

Yet, since the pandemic reached our shores earlier this year, we have seen commentators tied to some of the world’s wealthiest high-tech companies use the real fear of the virus to argue for the same proposals to weaken patents they have advanced for years.

By weakening patent rights for all inventors, these companies hope to reduce their patent licensing costs and increase profit margins. Using the human tragedy befalling so many Americans as just another tool to argue for weaker patents to advance business interests is opportunistic and wrong, to say the least.

On the contrary, there is a growing appreciation that our patent system has already been dangerously weakened by a series of negative Supreme Court decisions, administrative actions and congressional changes.

Perhaps most notably, courts have interpreted the Supreme Court’s 2006 eBay decision to create essentially a categorical rule against granting injunctions to stop infringement of patents if the patent owner has chosen to license its patent rather than manufacture a product itself.

A series of Supreme Court decisions starting in 2012 also dramatically narrowed and confused the scope of what is patentable, making it easier for large corporations to invalidate an inventor’s patents. And the U.S. Patent Office’s administrative Patent Trial and Appeal Board (PTAB), created by the Congress in 2011, has provided a venue for infringers to tie up inventors and further block their efforts to defend their patents.

As a result, U.S. innovators today face serious obstacles to securing patent rights and protecting their inventions from being stolen. Infringers now often ignore good faith offers to take a license to a patent and instead use the roadblocks the Supreme Court and the PTAB have afforded them to drag out efforts to enforce patent rights.

This so-called “efficient infringement” is attractive because patent owners often do not have the resources to travel the long road now necessary to enforce a patent, especially when up against a large, well-capitalized incumbent technology company.

At the same time that the United States has been weakening its patent system, our foreign competitors — particularly China — have been strengthening patent rights to promote domestic innovation and entrepreneurship in their countries.

In April, the World Intellectual Property Organization’s announced that China had surpassed the United States as the top source of international patent applications for the first time. The United States had held the top position since the Patent Cooperation Treaty System began operations in 1978.

And in May, China reported that the number of intellectual property infringement cases in the country had surged 5,660 percent over the past two decades, marking the country’s commitment to getting serious about rights protections to boost domestic innovation.

One Chinese official asserted that “[i]f protection is not sufficient, then no one will try to innovate.” Another boasted that “China has become the country that hears the most intellectual property cases, especially patent cases, and one of the countries with the shortest trial period.”

Inventors and investors have taken note and responded by moving innovation and venture capital overseas, where patent protections, and therefore protections on investments, are stronger.

That helps explain why the U.S. share of global venture capital fell from 66 percent in 2010 to 40 percent in 2018, while China’s share increased from 12 percent to 38 percent in the same time period. Meanwhile, U.S. innovation continues to suffer, for example, with the U.S. this year falling to 9th place in Bloomberg’s global Innovation Index.

Still, a handful of large technology companies continue to fund a campaign to further weaken patents, trotting out discredited fearmongering anecdotes of so-called “patent trolls” and now trying to link them to the pandemic response to generate attention.

But their self-interested motivations remain the same: increasing their profits at the expense of other inventors, regardless of the damage it causes the larger innovation economy in this country.

Looking beyond the coronavirus crisis, strong patents will be more important than ever in incentivizing American innovation and putting our economy back on track.

Far from further weakening patent rights, we should be strengthening them.

Brian Pomper is executive director of the Innovation Alliance. He wrote this for InsideSources.com.