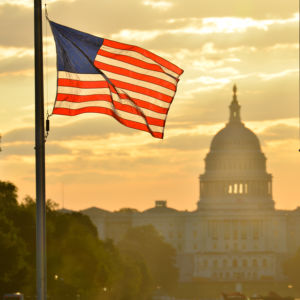 For a good decade, the business lobby has stonewalled federal legislation that would crack down on states that let people register companies anonymously. Now Wall Street has thrown its support behind shining a light on corporate registrations, fracturing a once-united front.

A proposal that would require companies to register the names of their true owners with state authorities has languished in Congress for years, despite a lonely fight by former Sen. Carl Levin, a Michigan Democrat. Then in late August, an organization composed of the nation’s largest banks endorsed the bill, leaving the U.S. Chamber of Commerce, with a much broader membership, opposed but divided, since the banks are its members too.

“We now have a very important part of the economy that wants to see this happen,” said Heather Lowe, director of government affairs for Global Financial Integrity. “We have never had that before.”

The quiet defection of the banks has raised hopes among advocates like Lowe, whose group pushes for greater transparency in financial matters, that the legislation could have a shot at passage in the next Congress. The bill has garnered support from an array of law enforcement groups as well.

The Incorporation Transparency and Law Enforcement Assistance Act, ITLEAA for short, would require each of the 50 states to maintain records on the beneficial owners of companies that register with them. Beneficial owners enjoy the fruits of a property, through holding companies or other legal structures, even if they aren’t named in incorporation documents.

The records would not be public but would be available to law enforcement.

The Chamber of Commerce, opposed to ITLEAA in previous Congresses revealed, for the first time, to InsideSources that it’s also lobbying against the current version of the bill, despite losing its bank members, and despite changes designed to exempt smaller companies from its reach.

“The bills themselves haven’t really changed that much, and our concerns remain,” said Tom Quaadman, executive vice president at the Chamber’s Center for Capital Markets Competitiveness. “And it would have a negative impact on the broader business community.”
The legislation would address a persistent frustration of investigators who trace illicit activity to companies registered in a particular state, but find that the owners of record are lawyers or other agents who need not divulge their clients. These anonymous shell companies have been implicated in many different kinds of crimes, from human trafficking to drug smuggling to the illegal arms trade.

“Right now, the U.S. financial system is used by the corrupt and criminals to facilitate illicit activity,” said Andrew Hanauer, campaigns director for Jubilee USA Network, an activist group. “Passing this bill would remove the U.S. as a destination for corrupt activities.”

Even with the business lobby divided, supporters of the law still face opposition from the National Association of Secretaries of State, the officials in state capitals who oversee revenue-generating corporate registration systems. They’ve endorsed a separate bill sponsored by Sen. Tom Carper, a Delaware Democrat, that would leave the job of collecting ownership information to the Internal Revenue Service.

“Federal proposals to collect beneficial ownership information for the purpose of assisting law enforcement should not place an unreasonable burden on states to enact vague and costly procedures for collecting, verifying, and processing ownership information with no guarantee of federal funding,” the secretaries of state argued in a July 2015 resolution.

Quaadman, at the Chamber, countered that the IRS has the information that investigators need so it should be the point of contact for them. “That information exists at the IRS,” Quaadman said. “Let’s figure out a way to make it easier for law enforcement to access that information.”

Supporters of ITLEAA view the bill from Carper as a dodge, and highlight the fact that Delaware is a popular corporate registration destination — many Fortune 500 companies are incorporated there — that relies heavily on fees for the state budget. And — in contrast to what Quaadman argues — the information on ownership that the IRS collects isn’t exactly the same as what’s called for in ITLEAA.

Congressional investigators and law enforcement face “a titanic” fight in extracting information from the IRS, whose budget is constantly under pressure from Congress, said Elise Bean, a former staffer for Levin. Quaadman insisted that it “wouldn’t cost more money” for the IRS to provide the information.

Law enforcement has lined up in support of ITLEAA.

“Suspected terrorists, drug trafficking organizations and other criminal enterprises continue to exploit the anonymity afforded to them through the current corporate filing process in a few states,” the Federal Law Enforcement Officers Association, an advocacy group, wrote Congress. “Hiding behind a registered agent, these criminals are able to incorporate without disclosing who the beneficial owners are.”

Similar letters have come from former agents of the FBI, the employee association supporting the Bureau of Alcohol, Tobacco and Firearms, and the National Fraternal Order of Police.

The Clearing House, which includes major banks like JPMorgan Chase and Wells Fargo, as well as regional ones like KeyBank and SunTrust, endorsed the bill in August. It argued that keeping records of beneficial owners would bring the United States in line with international norms and assistance law enforcement.

“We can see no justification for allowing corporations to shield their ownership,” the banks wrote the primary sponsors of the bill, a bipartisan and bicameral group.

The turnabout on the part of the banks reflects a long process of tougher money-laundering investigations and new regulations imposed by the U.S. Treasury Department that increase their liability for what clients might do. Forcing everyone to register beneficial owners with the authorities would relieve banks of having to do their own, sometimes uncertain, due diligence.
“As the rules have tightened around the world, the banks have gotten much more serious in the last 10 years about identifying beneficial owners,” Bean said. “They would love to be able to have a piece of paper that says, ‘Hey, here’s who the beneficial owner is.’”

The Clearing House, in its letter, even suggested the bill could go further by requiring companies to share ownership information with banks.