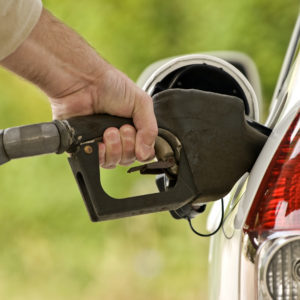 It is illegal for New Hampshire to join the Transportation Climate Initiative (TCI) cap-and-trade program without legislative approval. Gov. Sununu has already pledged to keep the state out of it, and the higher gas prices that would follow.

So why did the New Hampshire Department of Environmental Services (NHDES) just spend more than $47,000 studying it?

Northeastern states like Massachusetts, New York and Vermont have been pushing the TCI’s regional regulatory approach, similar to the Regional Greenhouse Gas Initiative. In the face of these pressures, the NH legislature passed a 2012 law ensuring that “New Hampshire shall not join, implement, or participate in any state, regional, or national low carbon fuel standards program or any similar program that requires quotas, caps, or mandates on any fuels used for transportation, industrial purposes, or home heating without seeking and receiving prior legislative approval.”

However, the law explicitly allows NHDES to spend time and money reviewing proposals the state is banned from entering. The agency has expended nearly 800 hours of staff time at a cost of over $47,000, records show. In 2019 alone, the Department spent 653 staff hours and nearly $39,000 as the regional initiative prepared for its launch.

Rep. Jeanine Notter (R-Merrimack) filed a bill this year that will put the kibosh on the Department’s spending pursuing any Transportation Climate Initiative.

“New Hampshire has taken a clear position that we will not be joining cap-and-trade tax schemes put forth by our neighbors, so to have the state continue to spend money chasing down such proposals is a ludicrous waste of taxpayer funds,” Notter tells NHJournal. “Keeping my promise to be fiscally prudent, I’m proposing this bill to finally put an end to the wasteful spending used to ‘discuss’ this program that we never were going to join.”

“It is unlikely that we will support the TCI in the foreseeable future, so it makes no sense to spend budgeted funds to track it,” says Rep. Michael Vose (R-Epping). Vose was appointed as Chairman of the Science, Technology and Energy Committee by Speaker Hinch for the biennium, which is where Notter’s bill will land for hearings.

“This year’s budget will be a challenge, anyway. Every dollar saved will help,” says Vose, noting that the majority of the Committee will support Notter’s proposal.

“The world is in the process of transitioning from gas-powered to electric cars. We will get there without the Transportation Climate Initiative.”

The proposal itself would put a “cap” on carbon emissions from gasoline vehicles, which would force gas distributors to pay allowances to sell gas above that cap. Revenues from those allowances would then be sent back to participating states in which the gas was purchased.

“This initiative, if enacted, would institute a new gas tax by up to 17 cents per gallon while only achieving minimal results,” Governor Chris Sununu said in his announcement that New Hampshire would not participate in the program. Despite Sununu’s proclamation and the legislature failing to approve joining the initiative, the Transportation and Climate Initiative website shows New Hampshire as a participant.

“Carbon taxes have been shown to be ineffective and inefficient,” Vose tells NHJournal. “They hurt low-income residents the most. People still have to get to work every day, and making their fuel more expensive will create more problems than it will solve.”

“About a dozen electric vehicle companies are already producing or are on the way to producing vehicles in the next few years, and that doesn’t include the huge investments undertaken by the big automakers. China alone has more than 600 EV startup companies,” Drew Cline says.

This initiative “is a major, regressive gas tax hike that would especially hurt commuters and low-income drivers,” Greg Moore, State Director for Americans for Prosperity New Hampshire says. “Worse yet, it would leave an unelected board in charge of future tax hikes. Governor Sununu was right to oppose this boondoggle, and we ought to stop wasting precious taxpayer resources on this scheme that New Hampshire won’t participate in.”