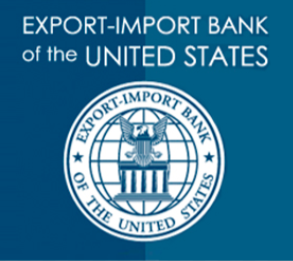 We Need an Export-Import Bank at Full Strength Now

Congress recently approved a continuing resolution that included a short-term reauthorization of the U.S. Export-Import Bank. That was a necessary step toward supporting American jobs and small businesses—but it was only a step. Manufacturers need a robust, long-term reauthorization of the Ex-Im Bank that ensures the agency has the quorum it requires to operate at full strength so that American companies can compete and win sales overseas.

As the United States’ official export credit agency, the Ex-Im Bank is a critical tool to support American jobs through exports. It has become increasingly vital in the face of more than 90 countries that operate more than 100 foreign export credit agencies (ECAs) around the world. From China and Germany to Canada and Japan, other countries are working to boost their farmers, manufacturers and workers and win foreign sales.

The holdup in Washington is more complicated than it appears. There are a number of unfounded myths surrounding the Ex-Im Bank that have been accepted as truths, so let’s set a few things straight.

The Ex-Im Bank has supported 2.5 million American jobs since 2000. More than 90 percent of the agency’s transactions directly support small businesses, offering a leg up to hardworking Main Street companies, their workers and their communities. Even when larger companies get financing, small businesses in the supply chain benefit. Because the Ex-Im Bank’s mandate requires it to operate as a “lender of last resort” for U.S. exporters unable to obtain financing from commercial banks, it works alongside the private sector without displacing or disrupting private enterprise.

Even less understood is the supposed “benefit” that the Ex-Im Bank provides to foreign purchasers. Whether companies, governments or state-owned enterprises, foreign enterprises pay us for the privilege of buying made-in-America goods. The larger the deal, the larger the payment of fees and interests that the foreign purchaser makes to the U.S. government. So Ex-Im Bank financing benefits U.S. taxpayers, having generated about $9.6 billion since 1992.

Of course, the agency doesn’t just help level the playing field against foreign ECAs. It is also vital to help our businesses compete directly in China and other countries where we are seeking to promote more balanced and fair trading relationships. The Ex-Im Bank, therefore, needs to continue to have the flexibility to help exporters sell the full range of products made here in all available markets with all types of purchasers consistent with already strong U.S. restrictions that effectively protect our national security.

Ultimately, manufacturers in the United States need certainty. Forcing them to endure a series of short-term reauthorizations constrains their ability to hire more workers, grow their businesses and plan for the future. Even minor disruptions and the lack of a quorum can have a serious effect on the agency’s ability to do its job.

At a time of heightened polarization in Washington, the Ex-Im Bank is one of the few institutions that enjoys widespread, bipartisan support in both chambers of Congress and within the administration—and for good reason.

In a competitive and constantly evolving global landscape, all Americans should support boosting American exports and strengthening the American economy. We need a long-term reauthorization of the Ex-Im Bank to unleash the strength of manufacturers, promote the well-being of American workers and advance the economic interests of the United States to sell anywhere and everywhere. With American competitiveness and jobs on the line, there is no time to waste.

Linda Dempsey is vice president of international economic affairs at the National Association of Manufacturers, the largest manufacturing association in the United States.