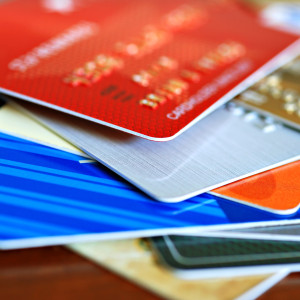 Last year, American online retail sales totaled some $445 billion. With each transaction, both customers and retailers trust that third parties will process payments quickly and accurately, delivering the appropriate balances and deductions to their bank accounts. For cannabis businesses in states which have voted to legalize medical or recreational marijuana, this process becomes much more complicated. Since the sale of marijuana remains illegal under federal law, most credit and debit card companies will not handle the transactions. Retailers are forced to turn to a variety of loopholes to accept non-cash payments. Zodaka (emphasis on the second syllable) is one company trying to address this problem by serving as a payment platform for companies operating in a legal gray zone.

“What Zodaka does is focus on one broad market, which is high risk,” says Jordan Friedman, the CEO of Zodaka. “A lot of things fall into high risk. Essentially what it means is that you are a company that in some way, shape, or form, falls outside of the norm when it comes to standard credit card processing.”

These companies include not only legal cannabis businesses, but also adult entertainment and nutraceuticals, or dietary supplements.

“We’re the Paypal for all the companies Paypal won’t work with,” Friedman told InsideSources.

Under current practices these businesses have limited access to the financial services that most businesses take for granted, like the ability to accept credit cards or to open bank accounts. Zodaka can’t help with the creation of accounts, but, as a payment technology company, it helps businesses to process transactions without many of the hangups currently associated with cannabis transactions.

Presently, most cannabis businesses which accept payment through credit or debit cards used work-arounds to avoid triggering various alerts that would halt financial transactions. The most common, Friedman says, is to route transactions through a foreign bank. Although this avoids the problems associated with federal regulations and American bans on the sale of marijuana, these transactions charge businesses a high commission rate (frequently 6-10 percent) and often trigger fraud alerts on customers’ credit statements.

In addition to high transmission costs, cannabis businesses also risk losing their account reserves if accounts are shut down under this system.

Another method used to circumvent federal regulations uses aggregate or “spinner” accounts to create company and merchant identities that essentially serve as dummy accounts. All of these accounts funnel payments into a single joint account, although they appear on a customer’s statement as something innocuous, such as an ATM transaction.

The trouble is, this approach is admittedly an attempt to miscode marijuana purchases in credit or debit card systems so that they avoid triggering alerts. The third most commonly used method is similar and involves miscoding transactions so that they read as an ATM withdrawal rather than a sale. In addition to the trouble circumventing federal law, this method is also limited to transactions in multiples of five-dollars.

The last method involves creating a sort of digital wallet, which customers fund through their bank accounts or credit cards and then use later for cannabis purchases. This method is less desirable because it also forces businesses to wait several days before receiving their funds.

Given the current state of the market, it is understandable why a third-party payment transmission company would see an opening. Zodaka does not sell cannabis or other grey market products. Nor does it offer bank accounts, credit cards, or debit cards. Instead, the company focuses on facilitating transactions.

Friedman started Zodaka with his father, who he describes as a surgeon and “serial entrepreneur.” Over the course of the last four months, the company has attracted around two dozen sellers. It is also trying to develop partnerships, intermediaries like tech companies who will help businesses integrate their point-of-sale-systems with Zodaka’s technology. Although today’s focus is on California, where the company is based, they are licensed in many more states and hungry to expand.

“We are built to thrive in markets that are grey,” says Friedman, who stresses that Zodaka’s method has applications outside of the legal cannabis market.

Ironically, although Zodaka’s business is legal, it relies heavily on the uncertain status of legal cannabis and similar industries. Without this uncertainty, more traditional payment systems, like credit and debit card networks, would quickly move into the space. In fact, for all of the hurdles that Zodaka faces, Friedman admits that the regulatory uncertainty is part of what gives start-ups like his a chance at success. While cannabis continues to operate in a regulatory grey zone, larger companies are often opting to stay out, leaving room for smaller competitors to develop.

“Amazon would own cannabis in a heartbeat if they were allowed to. If they could deliver across the board, then we would all lose. I mean, who is going to be able to beat that?” he said.

Thankfully for Zodaka, at least for the time being, Amazon and other major competitors do not seem to be interested.