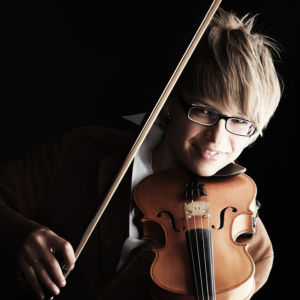 What String Quartets Tell Us About Health Care Costs

As an economist and musician, I’m delighted that a Beethoven string quartet can help explain why health care and education cost so much in America. Nobel Prize-winning economist William Baumol used the quartet to explain what has become known as “Baumol’s Cost Disease” or “the Baumol Effect.” In their compact book, “Why Are the Prices So [email protected] High?,” Eric Helland and Alex Tabarrok hired Baumol’s quartet to explain the high costs of American medicine and education. (Note: Their book was published by my employer, the Mercatus Center at George Mason University.)

The authors further note that between 1826 and 2010, average hourly wages for production workers rose from $1.14 to $26.44 (both figures in today’s money). So, the four 1826 musicians had a choice: perform music for 40 minutes or earn roughly $3 (4 x $1.14 x 2/3 of an hour) in some other endeavor. Today, musicians could either perform the quartet or work somewhere else for roughly $70. So hiring the quartet in 1826 might have cost something in the neighborhood of $3 — since that would be as remunerative as any other available work. But, no professional quartet in 2010 would give a performance for $3. The four could dig ditches for 40 minutes and still earn around $20. More likely, being skilled individuals, they could earn something around $70.

Thus, musicians’ incomes likely increased somewhere in the area of 23-fold over 184 years, not because they or their profession have changed, but rather because other professions have changed.

What does all this have to do with health care?

Well, everyone knows the costs of health care have risen dramatically. Public discourse offers lots of popular explanations. Maybe quality has improved dramatically. Maybe there are too many administrators and insurance intermediaries. Maybe malpractice-related costs are exploding. Maybe the cause is technology. While there are elements of truth to all these, Helland and Tabarrok explore the data and find these explanations wanting.

What changed, they observe, is the cost of highly skilled professional labor. Health care professionals have special attributes. Physicians tend to be top academic performers — smart, hard-working, reliable, consistent. But medicine isn’t the only profession that attracts such individuals. Physicians, thus, demand very high salaries because they’re capable of reinventing themselves as attorneys, accountants, software programmers or business owners. As much as anything, the authors argue, it’s the salaries in other fields that pulls physician salaries upward. (They make similar arguments with respect to the costs of K-12 and higher education.)

This thesis has profound implications for health care policy. Many proposals (including Senator Bernie Sanders’ Medicare-for-All bill) are premised on forcing health care providers’ salaries downward. The Helland/Tabarrok thesis, however, casts grave doubts on whether such downward pressure on physician compensation is possible (unless we agree to settle for lower-quality doctors). This thesis casts doubts on policy prescriptions that assume that if we re-structure our health care system to resemble the system of, say, Canada, Germany or the United Kingdom, then our costs will drop toward their levels. As Helland and Tabarrok note, highly skilled professionals in non-health care-related fields earn considerably more in the United States than in these other countries.

In 2017, the median general practitioner or family physician in the United States earned nearly $200,000. The year before, in Canada, the equivalent figure was under $100,000. The Baumol Effect, as relayed by Helland and Tabarrok, suggests two things. First, Canadian doctors work for $100,000 because Canada offers those highly skilled professionals little opportunity to earn more in other fields. Second, if you tell American physicians they must earn only $100,000, many or most will find something else to do in life.