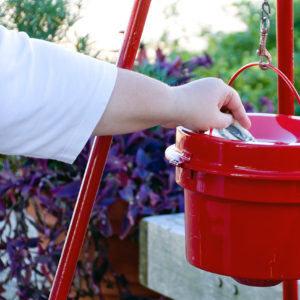 What’s Happening to Charitable Giving in This Country?

Posted to Finance August 22, 2018 by Chuck Collins and Helen Flannery

At a time of staggering inequality and a fraying social safety net, charity can play a hugely important role in addressing urgent social needs.

Instead, however, a growing number of extremely rich people are using charity mechanisms called donor-advised funds, or DAFs, to claim substantial tax benefits — often without actually supporting the charities addressing those needs.

In “Warehousing Wealth,” a new report we’ve co-authored for the Institute for Policy Studies, we track the explosive growth of these accounts and their perils, and recommend some reforms.

DAFs are holding accounts for high-dollar donors designated specifically for charitable giving. Originally a creation of community foundations, they’ve been adopted and aggressively marketed by a number of for-profit Wall Street firms: Fidelity Investments, Charles Schwab and Vanguard all now offer them.

Donors can put money into a DAF — taking a tax deduction when they do so — and then later recommend grants from that DAF to qualified charities.

Unfortunately, after the donor has claimed a substantial tax break, the funds may sit in the DAF for years — or potentially forever. There’s currently no legal incentive to move money to charities once it’s been put into a DAF.

In fact, these Wall Street-sponsored DAFs often entail financial incentives for staff at the DAF, and for fund managers and client advisers at its for-profit affiliate, to keep money in the fund rather than donate it.

In fact, DAFs appear to be shifting giving away from public charities. The share of total U.S. individual charitable giving that’s going to DAFs, rather than directly to public charities, has nearly doubled over the last seven years.

The problem is there’s no legal requirement for DAFs to pay out their funds to qualified charities — ever. According to one estimate, the average annual payout rate for DAFs in 2016 was just 20 percent, and some DAFs give considerably less than that. And even as the amount of funds flowing to DAFs has increased, payout rates have been steadily going down.

As currently structured, DAFs foster a wealth preservation mentality among donors, rather than incentives to move donations to qualified charities. This delays the public benefit from those donations, which has an opportunity cost for society. DAFs also open up loopholes for both donors and private foundations to get around tax restrictions, and have little transparency and accountability.

Because we subsidize charitable giving through the tax code, there’s a strong public interest in seeing those charitable funds deployed quickly to solve real community problems.

There are simple reforms that could prevent these abuses.

Lawmakers could require the distribution of DAF donations within a fixed number of years. They could delay the tax deduction until funds are paid out to a public charity. And they could ban DAFs from giving to private foundations, and vice versa — closing loopholes that further delay giving to active charities.

There are significant risks to warehousing wealth in large financial institutions at a time of extreme wealth inequality and undisputed public need for the services charities provide. It’s imperative to correct the rules regulating these charitable vehicles to ensure the public good is justly served.