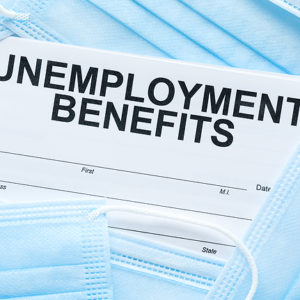 Why Have Federal Unemployment Benefits Cost So Much More Than Expected?

The March 2020 CARES Act expanded unemployment benefits for millions of laid off workers, many of whom will benefit from program extensions into 2021 included in Congress’ new relief bill.

Unofficial estimates suggest the latest extensions will cost $120 billion. That begs the question — how well did Congress’ scorekeepers do in projecting the cost of the opening round of unemployment benefit relief?

As displayed in the table below, in its April review of the CARES Act, the nonpartisan Congressional Budget Office (CBO) estimated the three largest temporary federal unemployment benefit programs would cost $262 billion through the end of 2020.

*Through December 19, 2020. Source: Congressional Budget Office and Department of Labor

Benefit costs were greater than expected for $600 federal Pandemic Unemployment Compensation (PUC) supplements paid through July and the ongoing federal PUA program, which supports independent contractors, gig workers, and others who worked too little to qualify for state unemployment insurance (UI) benefits.

“Overall, CBO estimates, that addition to benefits will increase outlays by about $176 billion in calendar year 2020. CBO estimates that most of the increase (about $139 billion) will stem from about 17 million people receiving $600 weekly in addition to regular unemployment compensation benefits.”

Actual DOL claims data show that, during the 17 weeks through July 25 when $600 supplements were payable, 303 million weeks of “regular” state UI benefits were claimed. That suggests $181 billion in $600 supplements was paid to UI recipients, or $42 billion (30 percent) more than the $139 billion CBO expected.

Why has PUA been so unexpectedly expensive? A complete answer will require further review, but the speed of the recovery seems an unlikely cause. Indeed, the unemployment rate — which when CBO made its cost estimates it projected would be “still at 10 percent at the end of calendar year 2021”— has recovered far faster than expected, falling to 6.7 percent in November.

Some of PUA’s unexpectedly large costs likely involve the program’s loose eligibility criteria, which allow claimants to self-certify their eligibility and don’t even require evidence of prior earnings. That has also made PUA an inviting target for significant fraud by international crime rings and solo rip-off artists.

The new relief bill includes several positive measures designed to improve PUA integrity during the program’s coming 11-week extension and subsequent phase out in April 2021. Those policies suggest actual PUA spending may not exceed projections for much longer, including because Congress intends for the program to phase out entirely this spring.

Matt Weidinger served for more than two decades as a staff member of the House Ways and Means Committee. He now works as a resident fellow in poverty studies at the American Enterprise Institute. He wrote this for InsideSources.com.