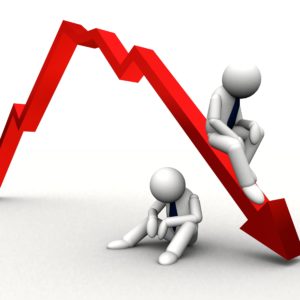 Why U.S. GDP Growth Stays in the Cellar

The U.S. economy has been pedaling along in the slow lane for almost 10 years now. Real GDP growth, well below the historic 3-plus percent, always seems to be heading south. Growth for 2016’s first half came in at just 1 percent. And productivity, the amount of GDP stuff produced on average by U.S. workers, is headed south, too.

Why can’t Washington, the Fed, the next president, or somebody do something about this?

Presidential candidate Hillary Clinton argues that America’s prosperity can be improved by imposing higher taxes on the more prosperous 1 percent and shifting the proceeds to the more deserving middle class. Unfortunately, such trickle-over tactics just don’t work out too well. Taxing Peter to pay Paul always gets Paul’s vote, but Peter has a way of avoiding the tax haircuts, and the politicians that write the tax code make sure that’s the case.

Candidate Donald Trump says trade and immigration are the chief problems. If we wall out people who want to come work in America and wall in manufacturers who want to find happier hunting grounds elsewhere — he contends — we can wall in higher prosperity. But centuries of experience tell us that people overall are enriched by gains from trade and that people who are willing to work should be encouraged to stick around. Besides, a free society has difficulty finding ways to force investors to hold investment portfolios of failing firms. If firms seeking gains elsewhere cannot migrate, their capital will.

While how we tax, spend and participate in the global economy surely matters, we know that future GDP growth, wages, salaries, improved healthcare and even paying college tuition depend on improvements in labor productivity. Let’s face it: If all of us hope to get more stuff, we will just have to produce more stuff.

U.S. labor productivity growth is in the cellar for many reasons. It’s a multi-faceted problem, but one reason is easy to understand. A lot of what is being produced today does not get counted when the Department of Commerce tallies its GDP number. When U.S. workers produce more automobiles, days of healthcare service, and financial transactions, they are also turning out less carbon dioxide, discharging cleaner waste water, working in quieter factories, and making loans with a few million more pages of loan documentation.

Some mandated changes do get counted. Consider this, the EPA’s fuel economy standards set on August 16 for large trucks, school buses and garbage trucks indicated the rules will cut more than 1 billion tons of carbon pollution from the atmosphere and will save $170 billion in fuel costs. When new truck engines are developed, the Bureau of Labor Statistics will adjust their quality to account for higher fuel economy. Labor productivity may rise with that part of regulatory changes.

However, there are no productivity gains associated with reducing a billion tons of carbon emission from the air. The same is true for rules that require farmers to restrict cultivation of fields that provide endangered species habitat or that form wetlands for migrating water fowl. Add to this, rules that tighten air quality, water quality standards, stipulate lending practices, and airport security procedures.

But there are benefits — lots of them, certainly as measured by the regulators that issue the rules. In 2015, the U.S. Office of Management and Budget reported that the annual benefits of rules published between 2004 and 2014, for which agencies provided benefit estimates, are in the aggregate $261 billion and $981 billion in 2010 dollars. OMB notes that the wide range reflects uncertainty in the estimates.

I call attention to the high end estimate — $981 billion in annual benefits from regulations, which is almost $1 trillion. Let’s put this in perspective. Second quarter 2016 GDP was just in excess of $16 trillion. The high end estimate, $981 billion, is a bit more than 6 percent of GDP. Yes, there are benefits, but the benefits, by and large, don’t always convert to wages, salaries and income that people can spend on the stuff of life.

Put another way, there is no such thing as free environmental quality, improved workplaces, and deeper documentation of loans. Meanwhile, GDP growth stays pale. Labor productivity growth, low. And wages seem frozen in time. Get used to it. It’s all a matter of choice.