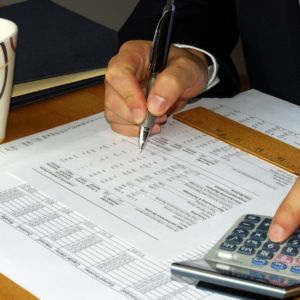 Will Tax Reforms Fix the Damaging Taxation of Business Investment?

Full expensing fixes a damaging quirk in the U.S. tax code that makes investment more expensive and provides a convenient way for politicians surreptitiously to dole out favors.

The current tax code does not let businesses deduct the full value of certain purchases in the year they are made. Instead, they are forced to deduct, or depreciate, a certain part of the value over a number of years.

Sound complicated? It is.

Businesses spend more than $23 billion a year complying with these “depreciation” rules. In short, the system discourages business investment by making it more expensive.

Full expensing would level the playing field by letting businesses deduct spending on important investments like manufacturing plants and farm equipment in the same way they currently deduct their spending on employee wages, advertising costs and rent.

Our current system also artificially creates different effective tax rates across industries and business types by allowing some favored activities to be deducted from tax payments more quickly than others. Manipulating effective tax rates through obscure tax rules is a favorite pastime of Congress, which regularly uses it to bestow special tax privileges on favored industries at the expense of others.

The obscure and arbitrary nature of depreciation timelines leaves the tax code open to modifications promoted by special interests. A 2012 report by the Joint Committee on Taxation lists 55 separate congressional changes to the length of time some expenditures can be depreciated. By shortening depreciation timelines, Congress has created special tax privileges for racehorses, green energy property, magazine circulation expenditures, research and development, an Alaska pipeline, NASCAR race tracks, and certain drilling costs.

That’s where full expensing comes in. It’s a structural reform to equalize the way we tax investment, by giving everyone the same benefits currently only available to the politically privileged.

Any half-measures short of full expensing leave these two problems in place. The current system of depreciation would remain administratively complex and still function as a wide open door for special interests.

Full expensing, meanwhile, would lower the tax burden on new investments, and investment is the economic foundation for job creation and higher wages for workers. Estimates show that it would grow our economy by more than 5 percent over 10 years, and create about 1 million jobs.

Despite all the rhetoric, it’s important to note that expensing isn’t a tax cut — it’s a just change to the timing of tax payments. Business would deduct more today and less in the future. This means their tax payments would be lower today, when the investment can be written off, but higher tomorrow when the investment starts earning a profit.

Through our current system of depreciation, the government effectively gets an interest-free loan from businesses. The revenue it collects is artificially higher than it should be. Fixing it, therefore, would mean a short-term reduction in government revenue — but result in higher tax revenues in the future.

Full expensing paired with corporate tax rate reductions promises unprecedented job creation, wage growth and investment in America. These two reforms are complimentary and necessary, and we should not have to choose one or the other. Alone, each may not be enough to generate the economic benefits that have been promised to the American people.

Fortunately, the new tax reform plan supports both a reduction in the corporate income tax rate to 20 percent and full expensing for five years. Making expensing permanent would be even better. The current system, on the other hand, has no economic rationale.

Adam N. Michel is an analyst specializing in tax and budget issues at the Heritage Foundation’s Roe Institute for Economic Policy Studies. Jason J. Fichtner is a senior research fellow with the Mercatus Center at George Mason University.