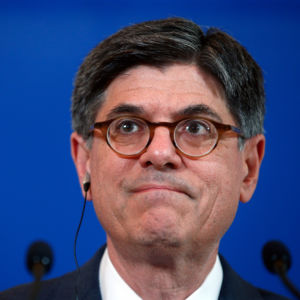 In the murky and arcane world of tax law, unintended consequences are not hard to come by. In the case of the Treasury Department’s years-long battle to fight international tax avoidance, the newest one may be that rules aimed at industrial corporations end up benefiting large banks on Wall Street and elsewhere in the world.

Sometime this fall, Treasury will finalize rules aimed at stopping inversions, a process by which a large U.S. company merges with a smaller one that’s based abroad to lower its tax bill. One tool Treasury is using to carry out corporate inversions regulations involves reining in earnings stripping, the practice of a U.S. company borrowing from a foreign subsidiary and deducting the interest payments from its tax liabilities to the U.S. government. But business groups argue Treasury’s current proposal could curb investment by a broader cross-section of companies that have no intention of inverting.

The prospect of that tool vanishing has led corporate finance experts to contemplate a world in which businesses will dispense with managing the cash themselves and outsource the job to banks. The only banks capable of that kind of complex debt finance? Wall Street giants like Citigroup, JPMorgan Chase or Bank of America, British ones in London, or even the Chinese giants of the future.

“If a company can’t lend to itself, it will go to a bank,” said Catherine Schultz, vice president for tax policy at the National Foreign Trade Council.

That reality is helping to drive a complex calculation for the Treasury Department, which has committed to ending inversions but now faces conflicting demands from industrial corporations, financial giants, Republicans, Democrats and activist groups that have long criticized the ease with which U.S. tax bills are reduced. Even with modifications, the proposed rule could still cost companies millions in compliance costs, according to comments filed, especially if exemptions are granted for particular industries.

“The Treasury Department should be very wary of granting banks or any financial institutions exemptions to the earnings stripping rules because it is not hard to imagine that this could create a conduit through which all the other corporations could seek to circumvent the rules,” said Richard Phillips, a senior policy analyst at Citizens for Tax Justice, an activist group. “We have seen time and again in tax law that any seemingly limited exemption can quickly expand into a massive loophole that is being used by wide swath of companies it was never intended to help.”

Inversions and earnings stripping have been common — and entirely legal — tools in the corporate tax avoidance toolbox since the 1990s. Recently, Medtronic, a medical device company, maintained its operational headquarters in Minneapolis while moving its tax address to Ireland. Burger King’s parent company pulled off a similar change with a company in Canada. This year, Pfizer would have done the same with the Irish company Allergan, but Treasury’s proposal derailed that plan.

To some extent, the two practices complement each other because earnings stripping lets companies pull cash from their U.S. operation in the form of debt, obviating the importance of its address for tax purposes. So, if Treasury can stamp out earnings stripping, it will win one battle against inversions, which erode the overall U.S. tax base.

Critics argue that the rule is written too broadly and overreaches, complicating day-to-day business activities that have no tax implications. Treasury is facing organized, tenacious resistance from the whole of the U.S. business lobby, which kept busy during July and August — a time when Washington typically goes quiet, especially during a presidential election.

The rules Treasury finally settles on are certain to face a court challenge, and U.S. law requires the department to consider objections raised in comments submitted to it. That has pushed back plans to finalize the regulations in September to late October as Treasury seeks to bulletproof its decisions, according to a person briefed on the plans.

Last week, Sen. Orrin Hatch, the Utah Republican who chairs the Senate Finance Committee, wrote to Treasury Secretary Jacob Lew to demand that the regulations be re-proposed. Mindful that corporate inversions and tax avoidance are ferociously unpopular, Hatch stressed that he supports such rules.

But they need to be issued in a “thoughtful, prudent and legal manner,” Hatch wrote Lew on Aug. 22.

Rep. Kevin Brady, the Texas Republican who chairs the House Ways and Means Committee, wrote Treasury alongside other members to ask that Treasury withdraw the proposed rules, rather than tweak them to accommodate objections that have been raised. They wrote in a letter the same day as Hatch that they were “not confident that, any such modifications would be sufficient to eliminate the harm that the proposed regulations would inflict on businesses and American workers if they were to be finalized in their current form.”

The core of Treasury’s proposal to address earnings stripping involves treating debt generated through an earnings-stripping maneuver as equity, which would wipe out the tax advantages, in particular the ability to deduct interest payments, and replace them with a liability: dividend payments on the equity.

The benefits to major banks could accrue as companies who can’t lend to themselves across national boundaries without risking a tax liability go to a bank instead, Schultz said. That would both raise the costs of doing business — something as prosaic as expanding a U.S. factory — and create a new business line for banks.

The Organization for International Investment and the Business Roundtable, two groups that have chimed in critical of the proposed Treasury regulations, underwrote a study by PricewaterhouseCoopers highlighting how the nature of some investments could change.

Consider a German automaker looking to lend $200 million to a U.S. subsidiary, which would also kick in $100 million in retained profits to expand a plant manufacturing sport-utility vehicles. PwC estimates that the transaction, now beneficial to the company, would incur a tax liability and $1.6 million in finance costs — payable to the banks.

Read between the lines and the PwC example is not theoretical at all. BMW makes SUVs in South Carolina. Daimler, under its Mercedes-Bez brand, does it in Alabama. Daimler announced plans last year to invest $1.3 billion in the southern state.

For foreign investors in particular, these changes are far from trivial. Most direct investment in the United States comes through reinvested earnings from U.S. subsidiaries, but not every company can pull that off. Capital-intensive investment in manufacturing, oil and gas demands financing. If Treasury treats debt as equity, those companies would have to go to banks.

The Organization for International Investment, which represents U.S. subsidiaries of foreign companies, told Treasury the rules “will have the unintended impact of decreasing future foreign direct investment and potentially lowering U.S. tax revenues at the same time.”

At the same time corporate America rallies against Treasury’s plans, the banks have sought an exemption from the rules on the grounds that their entire business involves moving money — money is in this sense the “inventory” of a bank — for reasons that have nothing to do with inversions or earnings stripping. Bank of America, JPMorgan Chase and Citigroup made their case in a July 7 letter to Treasury.

“Debt is fundamental to the business and organizational structure of a financial services group,” they wrote. “This is equally true of intercompany debt as it is of external debt.”

When it unveiled the rules in April, Treasury specified that they would not apply to transactions that “fund actual business investment, such as building or equipping a factory.”

But politically, the case for exemptions — for what and for whom are open questions — appears to be falling on receptive ears in Congress

A group of Democrats on the tax code-writing House Ways and Means Committee wrote to Treasury in June suggesting that it needs to take requests for exemptions seriously. Reps. Sander Levin of Michigan and Charles Rangel of New York, and 9 others, mentioned financial services specifically, along with insurance and utilities.

“There are broader concerns related to various internal cash management practices,” the Democrats wrote. “For these and other limited circumstances, we ask that you give careful consideration to whether exceptions or special rules, including transition rules, are appropriate.”