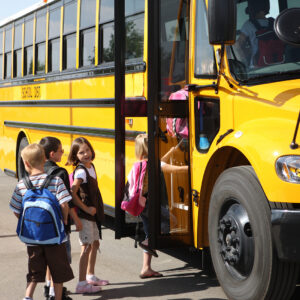 The Nation’s Fight Over CRT Comes to One, Small Texas School District

On its face, it looks like a minor lawsuit over a legal technicality, the stuff of local news: A parent suing a small Texas school district over a violation of the state’s open meetings law while hiring a new staffer.

In fact, it is just one story in a national debate over the proper role for parents in overseeing what their children are taught in public schools.

Earlier this year, the Eanes Independent School District, located outside Austin, was sued over an alleged violation of the state’s open meetings law. Unlike similar suits, which media outlets typically file, a parent launched this one.

In her complaint, parent Christie Oates charged the Eanes school board failed to provide the required transparency when hiring a diversity consultant to work with the school system’s staff on Diversity, Equity and Inclusion (DEI) issues. Oates is an outspoken critic of what is sometimes called the “DEI movement.”

“By holding the school board and superintendent accountable for their illegal actions, we hope to have the contract with [the consultant] voided and all curriculum and recommended training and content removed from the district,” said Oates’ attorney in a statement.

While the Eanes lawsuit might have been unusual a couple of years ago, today it is emblematic. Parents across the country have taken up the cudgels against their local school boards over issues ranging from DEI-related curricula to COVID policies to library books to bathroom assignments for transgender students.

A group of parents recently sued the Hanover, N.H. school board over a policy that bars school employees from revealing a student’s transgender or gender-nonconforming status to others, including parents, except when legally required to make such a disclosure.

In Maryland’s Anne Arundel County, parents showed up en masse at a fall school board meeting to oppose the COVID-related cancelation of homecoming dances and student-athlete masking requirements.

According to NBC News, 2021 saw more school board recall initiatives than any year on record. In many of those efforts, parents sought to replace the entire board.

Such firefights in the war over parental rights are not limited to public schools. The Board of Trustees at Atlanta’s tony Westminster Schools is facing parental backlash on everything from gender identity policies to race curricula to what the parents’ group, Wokeminster, refers to as “woke Christianity.” The last straw for many parents was a note on the school’s 2021 Christmas music program that pointed out that “Messiah” composer Frederic Handel was an investor in two companies involved in the slave trade.

Activists on both sides of the debate say the relationship between parents and schools, once based on trust and mutual respect has changed. Mothers and fathers increasingly feel unheard and disrespected in their role as the chief decision-makers for their children.

“Moms and dads feel pushed aside and dismissed,” says Jennifer Stevens, an Eanes parent whose anger with the school system prompted an unsuccessful 2021 run for a school board seat. “A group of strangers is saying we know what’s best for your kids. It’s a violation of the parent-child relationship for a child to be forced to wear a mask or be exposed to pornographic books in the school library, or to be taught that because you are White, you are evil, or because you are not White that you can’t keep up.”

The education establishment hasn’t been the best partner in attempting to heal this ruptured relationship. Indeed, its behavior has been somewhere between withdrawing and asking for a divorce.

In November, a federal judge sided with parents who sued Pennsylvania’s Pennsbury School Board, alleging the board has improperly barred parents from criticizing school policies and officials by name at public meetings. The judge found ample evidence the board used its meetings policy to stifle those with opposing viewpoints.

During Virginia’s 2021 gubernatorial race, Democrat Terry McAuliffe, a supporter of the state’s educational establishment, declared during a debate, “I don’t think parents should be telling schools what they should teach.”

The pandemic, she believes, ended an era of business-as-usual parental complacency. And, she adds, Eanes is the perfect example of this dynamic. Prompted by frustration with the board’s perceived foot-dragging on a return to in-person teaching, parents began to scrutinize how the school system makes decisions.

“Once parents started peeling back the onion, they found all sorts of things,” says Stevens. “The good or bad of COVID is that it created an opportunity to see what the schools were up to and what our kids were being exposed to.”

That seems to be the case with the Hanover, N.H. case. The transgender policy at issue in that recently-filed lawsuit had been in effect since 2016 without raising an eyebrow.

The most alarming discovery for many parents around the country was the use of classroom instruction and materials inspired by Critical Race Theory (CRT). CRT contends that White people are inherently oppressive and have rigged all of society’s systems for their benefit.

School officials faced with parental concerns about CRT frequently try to dismiss the complaints on a language technicality, saying their curricula do not include the controversial doctrine. However, that doesn’t mean that students and staff aren’t subjected to CRT-like “racial essentialism”- based content, which suggests that “Whiteness” is the cause of social injustice. At least 30 school districts in 15 states use an illustrated children’s book, “Not My Idea,” which features that message and opens with a child watching a televised video of a police officer murdering a Black man.

Opponents say it is divisive political indoctrination. Supporters of CRT-inspired content say the criticism is in fact an expression of the underlying problem of White privilege, a backlash to an unprecedented wave of demographic and social change in America.

The racial composition of many school districts is changing rapidly. According to an analysis by Education Week, White children no longer constitute a majority of suburban public school students. They account for just 48 percent of total enrollment in the suburbs of the 25 largest metropolitan areas. The number of White students attending those schools fell from nearly 7 million in 2006-07 to 5.5 million in 2017-18, a drop of almost 20 percent.

As a result, school systems are struggling to meet the needs of a more diverse school community, including anxious parents of all races. The social justice movement of the past two years has placed schools under perceived added pressure to “do something” to help end historical wrongs.

But whatever the situation’s complexities, Jenn Stevens sees a straightforward way to end parent-school board strife. Everybody needs to stay in their lane.

“Our education system works best when everyone has an assigned role and sticks to that role,” she says. “The parents’ role is to make sure their kids are prepared to learn. The educators’ role is to teach the curriculum that parents have approved as the parents understand that curriculum. We’ve done really well over the years with the schools teaching reading, writing, and arithmetic and parents teaching values and morality.”