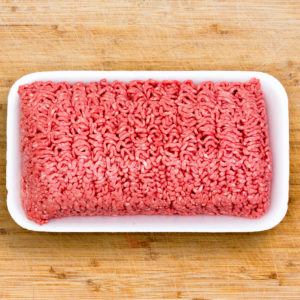 Fake news is generally a hashtag, not a hamburger. For ABC News, however, a story about beef cost the network a hefty price, after the network settled a libel suit that had the potential to cost them billions. Beef Products Inc., a Dakota Dunes, S.D.-based beef processing company founded in 1981 by Regina and Elgin Roth, sued ABC News over a 2012 story by correspondent Jim Avila on “lean finely-textured beef.” The product is composed of small scraps of meat removed from beef bones before being processed to remove fat, treated to prevent spoilage, ground, and added to hamburger. The story, which referred to the product as “pink slime,” because of its appearance, led to a public backlash against the product. As a result, sales dropped dramatically, causing long-lasting impacts to the industry.

In the lawsuit, BPI argued that ABC’s story created the false impression that the meat was not safe to eat. South Dakota law allows food-production to sue for “food libel,” in the event of stories that cause bogus food safety scares. BPI was seeking $1.9 billion in damages, but South Dakota law could have allowed up to a $5.7 billion award.

After three weeks of trial, ABC News settled with BPI for an undisclosed amount. The settlement, while significant for BPI, does little to assuage the larger impact of the story, which hurt not only BPI but farmers, slaughterhouses, and producers at all levels of the industry.

In the wake of the story, Safeway, SuperValu, and Food Lion announced they would stop buying ground beef containing lean, finely-textured beef. Not long afterwards, another four grocery chains, Kroger, BI-LO/Winn Dixie, Giant, and Hy-Vee, also announced that they would stop carrying the product. Walmart announced that it would continue to sell the meat, but would label it differently to allow consumers to choose.

As a result of this, BPI closed three of its four meat-processing plants, laying off 650 workers. At the time, it was estimated that BPI’s production capacity of the product would drop from 1.5 million pounds per day to 700,000 pounds.

A Pennsylvania ground beef processor, AFA Foods, filed for bankruptcy in April 2012, citing the controversy over lean, finely-textured beef as the cause of a collapse in the market for its ground-beef products.

Although ABC settled with BPI, it has not addressed the impact the story had on the cattle industry at large. Industry publications explain that the trimmings used to made lean, finely-textured beef generally comprise about 10 percent of carcass weight. Without lean, finely-textured beef, an additional 900 million pounds of extra fat trimmings would be available each year, dramatically reducing the value of these trimmings in the rendering market.

The lean, finely-textured beef was developed to use more of the meat found on a carcass, helping to keep prices lower for consumers. Without the cheaper beef, retailers would need to substitute more expensive trimmings to make hamburger, passing the additional price increase on to consumers.

Less than six months after the story aired, producers saw the sale price of the carcass trimmings fall from $1.01 in February 2012 to $0.59 in April 2012. This lowered the value of each animal sold, a loss of revenue that primarily hit small family-owned operations.

The story hit the beef industry during an already tight business environment. In 2012, the U.S. beef herd was smaller than it had been since the 1950s. This was the result of drought in parts of the American west and high prices for corn, which made it prohibitively expensive to use to feed cattle. Since it takes several years to raise a cow for market, prices for meat remained high even after feed prices began to relax.

A report from the Congressional Research Service predicted early in the controversy that the impact of the story would spread from meat processors to slaughterhouses and farmers. The report found that slaughterhouses were “losing more than $100 for each head of cattle slaughtered, and a beef analyst estimated that more than $30 of the $100 was due to the loss of the LFTB market and the falling demand for 50% lean trimmings.”

Jayson Lusk, an agricultural economist at Oklahoma State University, says that the industry is still struggling to reach the lean, finely-textured beef levels it had before the story ran. For Lusk, the story shows how a media outlet shaped an issue to fit a narrative of a lack of transparency in food production.

“This was certainly how the issue was framed in the media,” he said.  “And, it was likely framed and interpreted in this way, because it fit into a broader narrative that had emerged about ‘Big Food.'”

He believes that the issue is more complicated than it appeared in the ABC News story. Although the story mentioned only BPI, many other parties were affected by the story but not included in ABC’s settlement.

However, even after the settlement, ABC News is standing behind its reporting.

“Throughout this case, we have maintained that our reports accurately presented the facts and views of knowledgeable people about this product,” ABC News said in a statement after the settlement was announced. “Although we have concluded that continued litigation of this case is not in the Company’s interests, we remain committed to the vigorous pursuit of truth and the consumer’s right to know about the products they purchase.”