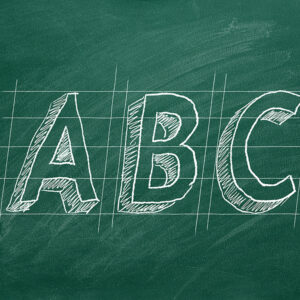 Progressive Education, with a capital P, descended upon my elementary school in Springfield, Missouri in 1951 when I was in fifth grade. Suddenly A, B, and C grades switched to either “P” (progressing) or “N” (not progressing). The school board forbade games between schools and disallowed keeping score in intramurals. Competition, the experts said, deflated losers’ egos. My parents switched me to a district with an old-fashioned rigorous, traditionally delivered curriculum.

Today’s parents are similarly concerned that, once again, educational leaders are revising methods and materials for schools.

Yet, as my own story demonstrates, this is nothing new. Educational leaders have continuously inserted novel panaceas (new educational viruses?) to replace the previous programs. The following innovations, to name a random few, appeared during my own 37-year teaching career: Self-directed Education, Mastery Learning, Common Core, the New Math, Collaborative Learning/Group Testing, and No Child Left Behind.

Notice that each has a positive-sounding name. Who wouldn’t want progress? Why shouldn’t children have input into their study topics? Mastery of topics taught is the goal, right? Collaboration—how can life itself even work without it? And nothing seems right about leaving a child behind.

But don’t let the icing persuade you the cake has safe, appropriate ingredients.

Very likely the majority of the 3.2 million teachers in our public schools do not welcome demands for experimental change. Their successful lesson plans have been tweaked year by year for better results. However, classroom professionals have little say when school boards and state education departments thrust new requirements on them. Not if they wish to keep jobs.

Let’s look at some of these new concepts you may or may not want to be inserted into your children’s math and English lessons:

A is for antiracism, a critical race theory umbrella for all items below.

B is for BIPOC, which excludes Hispanics and Asians as “white.”

C is for colorblind, a practice of racial behavior now unacceptable.

D is for diversity, as correctly achieved through forcing quotas of race.

E is for equity in outcome instead of equality of opportunity.

F is for freedom to cancel people with ideas opposite of yours.

G is for gender binary, which is incorrect today because 12 “genders” now exist.

So here we are with another experiment for our guinea pig students.

On sexuality and transgender issues, school boards, encouraged by parents, are beginning to push back on state policies. In Virginia, the Augusta County school board recently declined to adopt the VA Department of Education’s requirement that schools eliminate dress code provisions requiring gender-specific attire and another restriction on school personnel which would have required them to stop using transgender students’ biological pronouns. Parents are demanding more control over values taught to their children, both through lesson content and school regulations. Rights of all children matter, not just those of minorities.

Knowing what your children are being taught in school is the first step to making decisions. If you approve, leave them there. If not, join with other parents to speak out in school board meetings. Visit teachers and ask for lesson plans. Find a different school if possible. Work for school choice, join a homeschool co-op or begin personally homeschooling.

At the very least, talk to your children about what they are being told in class. Look at their textbooks or handouts and worksheets so you can counter principles you disagree with.

Progressive Education didn’t last long in my hometown of Springfield. Parents demanded more information about specific levels of learning. Bright students didn’t like getting the same “grade” as the laziest kid in class, and sports participants rebelled. Who knew?

Actually, the teachers, parents, and children knew right away it was a crazy plan. Only the “experts” in the field refused to believe their researched theories would not work. But parents are a force to be reckoned with.

Marilyn Quigley is visiting fellow at the Independent Women's Forum. She wrote this for InsideSources.com.