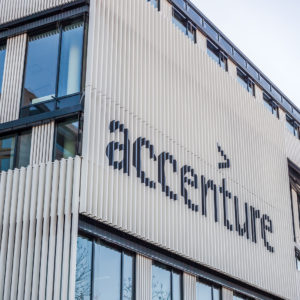 This month, the U.S. government’s public debt, for the first time, surpassed $22 trillion. Despite one of the longest economic expansions in modern history, economists project annual deficits will continue with no end in sight.

While most budget watchdogs say austerity measures will eventually be needed to bring runaway spending under control, many observers say there are commonsense steps that can be taken now to curb wasteful spending. They point to colossal, multinational consulting firms that rake in tens of billions of dollars for services, often failing to deliver adequate value in return.

“The outsourcing of government services to private firms can be more efficient and effective for taxpayers, but consistent oversight and corrective action are vital. Otherwise the government and its contractors just keep repeating the same mistakes,” says Pete Sepp, President of the National Taxpayers Union.

Sepp points to a number of contracting difficulties, particularly with the Department of Homeland Security. The National Taxpayers Union has advocated for legislation to provide better oversight and transparency of contractors.

“While contractors can and do provide an important role working with the federal government, there is still too much taxpayer money lost to waste and failure,” says Sepp.

Accenture is one of dozens of massive management consulting firms that provide local, state, and federal government agencies with critical subject matter expertise and critical scale needed to implement complex public programs. But this know-how comes at a cost, and when their high fees yield empty promises, it’s the taxpayers that are forced to absorb the costs.

Last year, the Office of Inspector General – an independent government watchdog housed within the Department of Homeland Security – released findings of a month’s long investigation into reported performance shortcomings stemming from a $297 million Customs and Border Protection (CPB) contract with Accenture. The jaw-dropping report made national headlines.

Accenture had been hired to identify 7,500 new agents for CPB, but after 10 months of and $13.6 million, the consulting firm had only managed to recruit two potential employees, according to the IG’s searing report.

“Any federal government contract should be approached with the singular goal of fulfilling the stated job responsibilities in the most cost-effective, measurable, and practical way possible, just like any other government program,” says Curtis Kalin, communications director at Citizens Against Government Waste.  “This is especially important for high-dollar contracts.  There should be language included in every federal contract that allows for taxpayers to be made whole if their dollars are not yielding results.”

The consulting firm secured the contract, in part, by convincing CPB its proprietary technology could greatly reduce the time needed to identify, recruit, and vet applicants, but according to the audit, none of those promised technologies ever materialized because Accenture’s software was plagued with “functionality issues, including high error rates and multiple software bugs.”

Worse, the IG found that for the better part of a year, Accenture had been systematically shifting its contractual obligations back to CPB. In effect, concluded the IG, Accenture was cashing the checks while saddling career government staff with the work.

“The CPB debacle is one of the most incomprehensible cases of consulting malpractice I’ve witnessed in 30 years,” says one management consultant who has done business with the federal agencies. “It causes indiscriminate damage to everyone in the industry – the good players and the bad alike.”

To be sure, Accenture’s top talent – often recruited from Ivy League schools and some of the world’s most successful companies – has helped deliver badly needed improvements and efficiencies to the government sector by solving difficult challenges. Some of the company’s defenders say it’s unfair to focus only on its failures, while ignoring its success stories.

Eight years ago, the Justice Department issued a scathing report on abuses by the Seattle Police Department after the Department’s Civil Rights Division uncovered a systemic pattern of discriminatory policing and excessive use of force.

SPD turned to Accenture for help. Leveraging data, the consulting firm helped build a state-of-the-art analytics platform that, among other things, provided department leaders with actionable feedback relating to community complaints. The insight-led policing solutions provided by Accenture were broadly credited for helping restore public trust in the department.

Still, many observers say taxpayers have every right to expect the kind of achievements that occurred in Washington state, given how lucrative consulting agreements are. Last year, Accenture reported $41 billion in revenue.

When Accenture fails to deliver on its contractual obligations, the costs to taxpayers are often measured in hundreds of millions of dollars. Critics say the company’s record of failure is particularly pronounced at the state level, where far too many big-ticket projects have failed to meet expectations.

CALIFORNIA. Later this year, a multi-year, Accenture-led effort to streamline California’s antiquated accounting system is finally expected to be completed, after numerous cost overruns and multiple implementation delays. It’s unclear how much development of FI$CAL will ultimately cost to implement, but everyone agrees the hundreds of millions of dollars already spent on Accenture’s management fees will continue to balloon.

OHIO. Last month, The Columbus Dispatch reported that a multi-year effort to modernize the state’s public benefits program may have actually made the process of applying for aid worse, despite a price tag that is expected to exceed a half-billion dollars. Accenture was hired to consolidate food-and cash-assistance programs under a new processing system, but the Dispatch’s investigation found it resulted in widespread confusion and benefit delays, punctuated by telephone wait-times that routinely extend to 90, even 120 minutes.

Similar horror stories of missed deadlines and avoidable cost overruns have been documented in other states including New York, North Carolina, and Oregon.

“This stewardship failure is exactly what gives government contractors such a bad reputation,” said another veteran management consultant. “Rather than protecting taxpayers, the procurement process has created a cottage industry of Beltway Bandits obsessed with winning contracts, and far less concerned with making their client successful.”