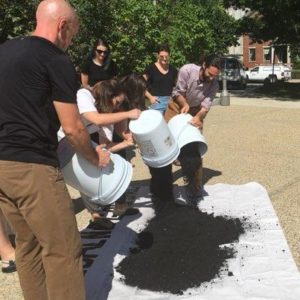 On August 17,  eight environmental activists clad in white coveralls entered the grounds of New Hampshire’s largest remaining coal-fired power plant. There, they photographed themselves shoveling the coal into white, plastic buckets. In a press release issued days later, they claimed to have stolen 500 pounds of coal on behalf of the planet.

“With the global climate crisis having advanced this far without a dramatic change in US carbon emissions, we have a responsibility to remove this fuel from the fire,” Climate Disobedience Center co-founder Tim DeChristopher said in a statement. “Indeed, it is now a necessity to take matters into our own hands and safely shut down this facility.”

Ironically, the facility continues to operate in part because of the regular work of activists like these. 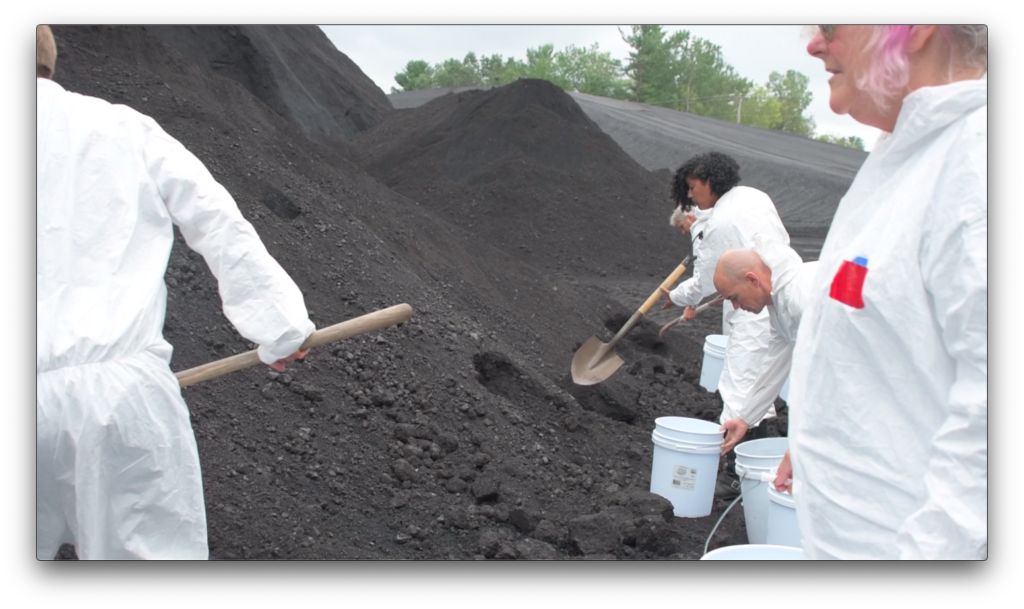 Replacing it was natural gas, which generated just 15 percent of New England’s electricity in 2000 but 49 percent by 2018. Renewables rose only slightly, from 8 percent of electricity generation to 10 percent in the same period.

This transition from coal to natural gas is confirmed by the U.S. Energy Information Administration (EIA).

“Since 2000, electricity generation from coal has declined and the contribution from natural gas has increased markedly, primarily because two large natural gas-fired power plants came online in 2002 and 2003,” the EIA wrote in a June analysis of New Hampshire’s energy market. 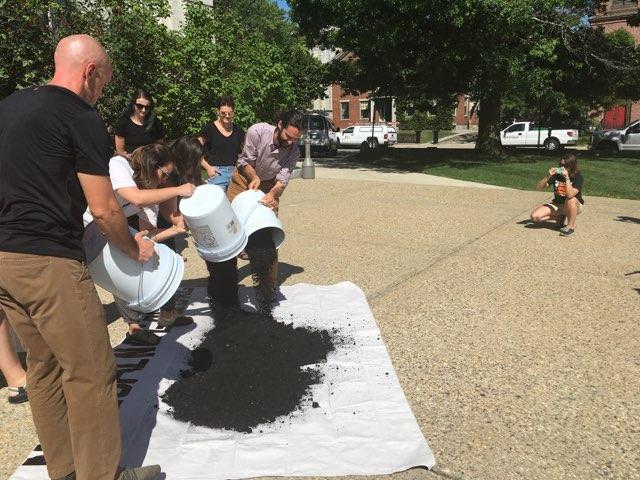 Sidelined by natural gas, coal-burning Merrimack Station runs only a few days a year, usually the coldest ones, when transportation constraints push the price of natural gas so high and the available supply so low that coal briefly becomes a needed fuel source again.

“Mostly we are running in the winter season, when natural gas prices are very high,” Jim Andrews, president of the station’s parent company, told the New Hampshire Union Leader in January. “Our units become more economically viable for the grid because of high natural gas prices.”

The plant receives payments from ISO New England to stay online and ready to run during periods of peak energy demand. It would be called on less often had the construction of new natural gas pipelines into and throughout New England not been thwarted in recent years.

On its website, the Climate Disobedience Center boasts about disrupting the construction of a pipeline intended to bring natural gas through New York state into New England.

Activists even protest to stop pipeline widening projects. Police arrested 22 activists at one such protest in Massachusetts in 2017.

Throughout the Northeast, activists have held up natural gas pipeline construction projects, either by protesting or by persuading state or local government officials to deny permits or create other legal hurdles.

Demand for natural gas remains high, but the supply is increasingly constrained, especially in the coldest weeks of winter and warmest weeks of summer. These constraints are causing utilities to turn more frequently to coal.

“New Hampshire’s natural gas-fired generation has declined in the past three years and now is at its lowest level since 2002,” the EIA concluded. “The decrease has been compensated for primarily by increases in coal-fired generation and hydroelectric power.”

Merrimack Station could convert to cleaner-burning natural gas. But no pipeline runs to the plant.

“There is no plan to convert the plants to natural gas because there is no supply line nearby,” the New Hampshire Union Leader reported in January.

Activists have been so successful in blocking new natural gas pipeline construction that they’ve guaranteed the continued operation of the very coal-fired power plant they now demand be shut down.