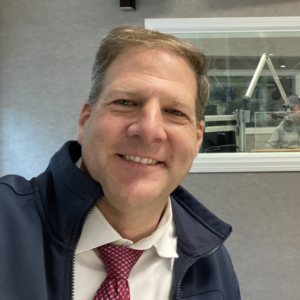 Donald Trump? Not so much.

In a recent radio interview, the Republican governor told a local Granite State radio host he opposed attempts to silence media voices like Rogan’s, whether or not you agree with their viewpoints.

“Whether it’s social media, the mainstream media, or Joe Rogan,  sometimes you get a difference of opinion — you could call it misinformation — it comes from everywhere now. To say we’re going to become the ‘misinformation police’ because we don’t agree with what they say… that’s just a complete violation of the First Amendment and goes against everything America is about,” Sununu said.

Rogan, whose podcasts attract around 11 million listeners each, is the target of progressives who want his program de-platformed by the Spotify media platform. They are angry that he has interviewed COVID-19 vaccine skeptics and other controversial figures on his show, allowing them to share their opinions. Rogan has also expressed skepticism about public health policy on vaccines, and masks.

Among the progressives pushing to shut him down are aging musicians Neil Young and Joni Mitchell. A single episode of Rogan’s podcast draws more listeners on Spotify than a month’s worth of listeners to Young and Mitchell’s music — combined.

The radio host argued that “mainstream media programming like his show and cable news should be viewed as more trustworthy than Rogan’s (“we have gatekeepers!”). And, like CNN media critic Brian Stelter, he argued that the public’s trust in non-traditional media figures like Rogan, rather than established media, is dangerous.

People trusting Joe Rogan over “newsrooms like CNN” are “a problem that’s much bigger than Spotify,” Stelter said.

“I disagree. I listen to Joe Rogan. I don’t consider him mainstream news. I like Joe Rogan I listen, I agree with something he says and disagree with others. But I would never compare him with Fox News. We have to make our own decisions about the weight we put on an individual’s words.”

Sununu also noted the irony of being asked about the Rogan controversy on CNN two days earlier.

“I thought the question was funny coming from the mainstream media — ‘what should we do about people who put out misinformation?’ I could have gone down a list of 100 things on each of the ‘mainstream’ news channels that are not true, or misinformation, or partisan leaning. But that [censoring speech] is a rabbit hole we’d never come out of,” Sununu said.

However, Sununu was less forgiving of the questionable claims coming from former President Donald Trump. Asked about Trump’s suggestion that participants in the January 6, 2021 Capitol riot should be pardoned, Sununu dismissed the idea as a fringe notion.

“I understand the former president has his opinion, but I don’t think it’s shared by pretty much anyone else. I don’t think anybody thinks those who assaulted the U.S. Capitol, assaulted police officers, should be pardoned,” Sununu said. “Especially in the GOP, we believe in accountability, the rule of law, and supporting law enforcement. It would send a terrible message not to support law enforcement.

“There’s still a rule of law that has to prevail.”

Recent polls show a majority of Republicans want the congressional investigation into the events of January 6 to end, and only 17 percent of Republicans believe the rioters are criminals. Another 66 percent say, “They had a point but went too far.”