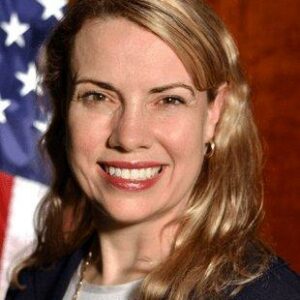 Energy industry leaders who gathered for a New England Council virtual roundtable on Tuesday repeatedly emphasized pragmatic issues like reliability and security over sexier topics like cutting-edge green technology. And given recent events, it’s easy to see why.

The effects of the recent successful cyberattack on the Colonial Pipeline are still being felt along the East Coast. It produced a massive disruption of the nation’s energy supply. Just months ago, Texas’s electric grid crashed during a brutal cold snap due to failures of both technology and transmission. And California is likely looking at another summer of brownouts during peak hours.

With this backdrop, energy executives acknowledged that while New England’s long-term transition away from fossil fuel is inevitable, it will also be expensive and require a commitment to safety and reliability.

“This is really not an easy path forward,” said Emily Reichert, CEO of Greentown Labs, a green energy tech incubator in Somerville, Mass. “You have to prioritize safety and reliability and keep the lights on and the heat on for everyone and transition to the future.”

The region can’t suddenly switch to cleaner sources of energy without ensuring that everyone’s energy needs can be met, said Dan Dolan, president of the New England Power Generators Association.

“As we use electrification and electricity to spur a dynamic and exponential reduction in emissions in places like transportation and home heating,  reliability in those sectors becomes even more important. And the low probability, high-impact events like what we saw earlier this year in Texas, last summer in California, and most recently outside of electricity on the Colonial Pipeline system, will have an exponentially larger impact on our economy and our society overall. And so making sure that we are appropriately valuing and investing in that resilience, that reliability, becomes even more important.”

“Investment in electricity transmission systems is needed to integrate the vast amounts of clean energy generation that is already being proposed, including the offshore wind… but also the additional development that’s going to need to be done in our region,” Judson said.

“But in addition, while we’re decarbonizing electricity, we’ll also need to produce much more of it to power our transportation sector, to utilize it in our heating sector, as well as decarbonizing other sectors of our economy.”

Reichert pointed out some of New England’s future energy technologies have yet to be invented. And that, said Dolan, is why the transition has to focus on creating “a flexible enough market structure” that can quickly adapt to changes and is not locked into specific technologies.

“Natural gas did not come in and replace the other technologies that it did — oil, coal, some of the other more conventional technologies — because somebody just thought it was a good idea. It did because it was more efficient, it was cheaper to build, and it was able to win,” Dolan said.

“And so similarly if we can set up that structure for whatever is going to be the next generation of technologies, then we should be able to have a flexible enough system that uses the value for what it is today and transition to whatever is the next winner down the line.”

Judson pointed out some technologies, such as pipelines, are transitional in nature as they allow the transportation of existing fuels such as natural gas, as well as future fuels such as hydrogen and renewable natural gas.

“We need to think about our gas network, our pipelines, the way we thought about our electric grid. How can we bring more renewable supply into that,” she said. Both hydrogen and renewable natural gas “can be used in sectors that are hard to decarbonize, like industry-heavy transport and heating,” she said.

New England politicians have been openly hostile to pipelines in recent years, even as President Joe Biden’s Secretary of Energy Jennifer Granholm declared them “the best way to go” for moving fuel.

Panelists agreed ending the region’s reliance on fossil fuels is essential for reducing carbon emissions and combatting climate change, but that it’s not as easy as just shutting off gas valves and switching on wind turbines. More than 40 percent of the electricity generated in New England comes from natural gas, for example, and more than 40 percent of homes still use oil or propane for heat.

Wind and solar are just 5 percent of New England’s electricity use combined.

To help prepare the way, Eversource is investing in energy conservation and modernizing the electric grid, he said. “Anything we can do to conserve and reduce energy consumption here in the region is critically important. We are very constrained on the gas, electric [supply] side. So energy overall is very constrained to begin with as we’re embarking on this transition.”

“Modernizing our electric grid is another big area of investment,” he added.

Panelists praised the Biden administration’s commitment to spending billions in federal taxpayer dollars to accelerate the transition away from fossil fuels.

But that planning cannot be centralized and focused on a handful of technologies identified by experts, Dolan warned.

“We have to be ready to know that mistakes are going to be made. We will make the wrong bets. It’s part of the history of any large infrastructure turnover that happens over a multi-decade process as is going to happen, as is our challenge right now.

“And so it’s within that, I think we have to approach this with humility and set up the framework and the objectives of what we’re trying to do, which is clearly decarbonization. Then decarbonization at the most efficient cost, particularly as we’re looking at not only environmental justice but economic justice and trying to close some of the income gaps that exist, particularly in this region.”