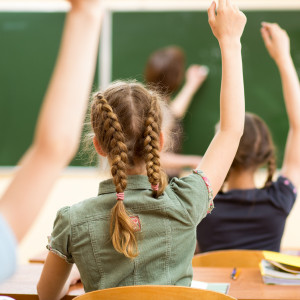 CLINE: Charter Schools – What You Need to Know

Posted to Education February 04, 2021 by NHJOpinion

A lot of misinformation is being spread online about New Hampshire’s charter schools. Here is what you should know.

It’s true. You can look it up.

RSA 194-B is the chapter of state law that created “chartered public schools.”

Some people express alarm, doubt, and disbelief that a public school could exist outside of the traditional school district model. (They also get pretty angry about it.)

But charter schools were created precisely for that purpose. They exist to provide students — and teachers — a public alternative to the heavily regulated traditional public school.

And they were not a conservative creation.

The charter school concept was developed in the early 1970s by University of Massachusetts at Amherst education professor Ray Budde. Frustrated by what he saw as a lack of innovation in public schools, Budde devised a plan for teachers to form their own independently operated public schools.

The key was that the schools would operate outside the public school bureaucracy. They would be authorized by a public education body (initially a school board) and governed by a legally binding contract or charter.

Nothing much came of the idea until Budde published a book, “Education by Charter: Restructuring School Districts” in 1988.

That same year, American Federation of Teachers president Albert Shanker got on board to advocate for charter schools. Yes, a teachers’ union president backed this education reform.

The movement really caught on in progressive — not conservative — circles. The Progressive Policy Institute in 2019 published a good summary of the charter school movement’s progressive origins, “The Progressive Roots of Charter Schools.”

PPI offered an excellent description of the charter model.

“In this new system, the state or local school board could grant performance contracts to groups of individuals or organizations that applied to open new public schools. These would be exempt from many of the rules and mandates that constrained district-operated schools. They would be encouraged to innovate, to create new learning models that would appeal to traditional public schools. If a school succeeded, its contract would be renewed. If the school failed to educate children effectively, it would be closed.”

Charter schools were not created simply to generate high test scores. Though many do get higher academic achievement out of their students, the state’s goal in creating charter schools was to foster innovation by letting some public schools operate outside of the state’s large education bureaucracy.

We have charter schools that focus on the arts, science and technology, classical education, nature, Montessori education, civics, Waldorf education, career training, and students who have faced educational challenges.

At the Board of Education, we’ve heard testimony, sometimes tearful, from students who say they were saved by their charter school. Students who didn’t fit into their assigned public school, either academically or socially, have found friends and success in New Hampshire’s public charter schools.

Budde’s theory has been proven correct. Schools that are allowed to innovate can offer tremendous opportunities for students.

One aspect of innovation, of course, is that it involves taking some risks. In traditional public schools, regulations are designed to minimize risk. Letting charter schools operate outside of that regulatory system is to make a tradeoff in which the state accepts some small level of risk in exchange for an explosion of creativity and innovation.

A great benefit of having schools that operate under a legally binding charter is that there are serious consequences when those schools are not run well. Under state law, failure to meet a charter’s terms can result in remediation or even school closure.

And parents are the first to let us know when schools begin to struggle. Under the law, parents are empowered to bring challenges to charter school management directly to the Board of Education.

So charter schools have multiple layers of accountability. They are accountable directly to parents. If they don’t provide a satisfactory educational experience, families are free to leave. And parents can report problems directly to the Board of Education, which has the power to close a school if it is found to be in violation of its charter.

Though charter schools operate outside of the traditional school district system, they remain under the jurisdiction of the Department of Education and are governed by rules written by the Board of Education. So it is not true that there is no accountability. The accountability is there. It just takes a different form than the highly restrictive regulatory system that governs other public schools.

Charter schools have long enjoyed the support of liberals and conservatives. They were backed by both the Obama and George W. Bush administrations. They’re a public school option that works. We shouldn’t let them fall victim to ideological or partisan political games.

Andrew Cline is Chairman of the New Hampshire Board of Education.