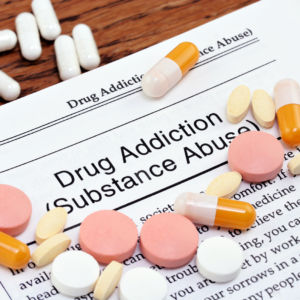 Is America’s opioid crisis officially a national emergency or merely a nationwide public health problem? For months, the Trump administration has spoken about the severity of the problem, without officially announcing the emergency. The issue is more than a matter of semantics. Speaking before a Washington Post-sponsored event on Wednesday, Sens. Joe Manchin (D-W.V.), Maggie Hassan (D-N.H.), and Rob Portman (R-Ohio) spoke about the federal government’s ability to address the multi-faceted opioid problem.

The event was well timed, coming just days after news broke that a key law defining the government’s ability to crack down on questionable drug shipments had been weakened after a voice vote last year. A joint investigation by the Washington Post and 60 Minutes revealed on Monday that several members of Congress, with the backing of major drug companies, successfully changed key legislation defining drug enforcement operations. As a result, the Drug Enforcement Administration and the Justice Department’s abilities to shut down drug distribution companies that supplied pill mill doctors were hampered.

“Everybody is at fault here,” said Manchin, who admitted that he had been one of the senators to vote for the original legislation. “You stop [the problem] by getting the enforcement people back on the job here. This is a silent killer and it doesn’t have partisanship. Everyone knows somebody who has been affected.”

In the wake of the news story, Congress is scrambling to fix the damage by reversing the language change. Additionally, different members of Congress have produced a variety of bills aiming to help block access to opioids of all types, from illegally-acquired prescription drugs to fentanyl and carfentanil manufactured in China.

While Congress has been rushing to develop new programs to combat the rising overdose numbers of the opioid crisis, the Trump administration has yet to announce major policy changes. Earlier this year, the president announced the creation of a commission to study the opioid crisis and make recommendations. That commission has yet to deliver its final report, though it did provide an interim recommendation for a national state of emergency in July. The administration seems loathe to declare addiction a national emergency before the findings are released.

“The type of emergency you declare matters as to the type of resources you can then deploy,” explained Sen. Hassan, who said that she learned the importance of the distinctions during her time as governor. She was frustrated by the administration’s slow pace.

“Ultimately this administration has said that it cares a lot about this but hasn’t followed through,” she continued.

A national emergency might open up new response tools to help states deal with the opioid crisis. New Hampshire, like Manchin’s home state of West Virginia, has some of the highest overdose rates in the country. These areas often started out behind and lack the drug education and treatment centers needed to try to get a handle on the problem.

“A national emergency can be declared to force the agencies to work together better,” agreed Portman. He added that Congress also has to do a better job of providing dependable funding and finding out which responses are most effective.

Last year was the first time that Congress ever funded drug addiction recovery and treatment. The legislation, known as the Comprehensive Addiction and Recovery Act (CARA), was the first major federal addiction law to be passed in 40 years. Portman praised the law for providing states with grants  to fund addiction treatment programs and added that the programs are overfunded this year.

The money is necessary, say lawmakers, in many different states, given the size of the problem to be addressed. At the same time, treatment is only one facet of an almost overwhelmingly large problem. Hassan stressed that it was unwise for Congress to pass laws that would destabilize the healthcare system while the epidemic is ongoing, saying that to do so would undermine already fragile mental and physical healthcare options.

Meanwhile, Portman spoke of the supply-side of the equation. Increasingly, deadly overdoses involve fentanyl or carfetanil, synthetic opioids generally manufactured overseas. He explained that fentanyl is being shipped by U.S. mail from China by smugglers looking to avoid mail searches. He argued that until the U.S. begins to put trade pressure on China, the country is unlikely to see these shipments slow or stop.

The first indictment by the Justice Department of a Chinese national accused of bringing synthetic opioids into the country occurred earlier this year. The trade angle is one more element of an already complex problem.