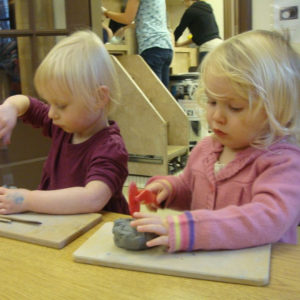 An Issue that Can Unite the Country: Kids

Joe Biden will be inaugurated on Jan. 20 as our nation’s 46th president. But the insurrection at the Capitol aimed at derailing this process made clear that our new chief executive’s first order of business will be overcoming a historic divide.

President Biden must breach seemingly intractable differences—over values, priorities and even facts themselves — if he is to tackle the country’s growing crises of inequity, poverty, the economy and a raging pandemic. Fortunately, there is an issue around which he can rally almost all Americans: The well-being of our nation’s 74 million children.

Our children’s welfare has the power to unite voters across political and demographic divides. A pre-election survey by Lake Research Partners found 81 percent of voters—regardless of political affiliation—said federal policy and budgets should be set according to a “best interest of the child” standard. A similarly overwhelming majority in the nationwide survey of 2,400 registered voters said all children should have health insurance (85-12 percent). American voters also strongly support establishing a child poverty reduction target (70-2o percent) and improving and expanding the child tax credit (71-18 percent), a measure President-elect Biden endorsed once again last week.

By announcing from the Inaugural podium that he will prioritize and invest in America’s children, President Biden will not only breach our differences, he will also deliver economic benefits to the country now and in the future.

As a nation, we have continuously underinvested in children. In fiscal year 2020, the share of the federal budget devoted to children was just 7.48 percent—the lowest level since First Focus on Children began this analysis 15 years ago. Yet study after study confirms that investing in children—through early childhood education, health care and other mechanisms—often pays for itself, or even delivers a profit. In a 2020 study on policy changes, Harvard economists calculated that on average, each $1 of initial expenditure on children repaid $1.78 to the government by raising future wages and reducing future need for government assistance.

By committing just one additional percentage point of federal spending to children in his first budget, President Biden would restore the U.S. investment in children to its pre-2016 levels and catalyze an upward trajectory. This “one percent for kids” would also offer the president an opportunity to act on his oft-repeated phrase: “Don’t tell me what you value – show me your budget, and I will tell you what you value.”

The country could also cut $1 trillion a year in costs by reducing child poverty. The nonpartisan National Academy of Sciences provided a roadmap for halving child poverty within a decade in its 2019 landmark study, but so far lawmakers have failed to act. President Biden must leverage the newly Democratic Congress to pass the Child Poverty Reduction Act and harness the growing bipartisan support for measures that combat child poverty.

Investing in our kids is a win for all Americans, one that will unite our country’s warring factions, and offer economic, political and social benefits to the United States, both now and in the future.

When President Biden takes his oath on January 20–on the same risers in the same spot at the U. S. Capitol where Americans fought each other just  two weeks earlier—he should declare that this winning issue will be one of his top priorities during his First 100 Days.

Bruce Lesley is president of First Focus on Children, a bipartisan nonprofit working to make children a priority in federal policy and budget decisions. He wrote this for InsideSources.com.