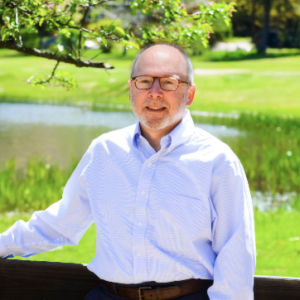 A Democratic member of the state’s highest council is quickly becoming one of the fiercest critics of Gov. Chris Sununu’s agenda. Andru Volinsky, one of the two Democrats sitting on the five-member Executive Council, has been the most vocal about the differences in ideology between him and the governor, especially when it comes to education.

The most tense exchange between the two men was over the fact that Edelblut sat on the board of Patrick Henry College, a private Christian liberal arts school in Virginia, and the the school had an “oath of faith” that all of its “agents” needed to sign, which included a belief in creationism over evolution.

He treated his questioning of Edelblut like a court-room cross-examination, using poster board and an easel to showcase his points.

His long questioning at one point drew a rebuke from two of his Republican colleagues on the council, David Wheeler and Russell Prescott, who chastised him for taking too long and accused him of grandstanding. Edelblut, who previously made an unsuccessful bid to be the Republican gubernatorial nominee in 2016, was ultimately confirmed on a 3-2 vote that fell on party lines.

Volinsky also recently criticized Edelblut for not disclosing a $1,000 donation he made to the Croydon School Board’s legal defense fund in a school choice lawsuit brought on by the N.H. Department of Education, which he now has influence over as state education commissioner.

The state education department sued to block the town of Croydon’s practice of using public funds to pay private school tuition for some of its children. The dispute helped spur legislation, known as the “Croydon bill,” that would make the tuition practice explicitly legal.

Edelblut’s disclosure came after the Valley News reported that Croydon rejected a request to reveal the names of the donors to the $23,000 fund and Edelblut, for two weeks, declined to answer questions about his role.

Volinsky emailed Edelblut earlier this month to ask that he make public whether he had contributed to Croydon and to explain why he had not disclosed the donation previously.

“I contributed $1,000 to the Croydon legal defense fund,” Edelblut said in a reply email. “The contribution was made anonymously. I prefer the focus to stay on the cause and not draw attention to myself.”

Volinsky said he doesn’t think Edelblut’s contribution was a crime, but he should be more transparent about any potential conflict of interests.

“I was troubled by the fact that Mr. Edelblut did not respond to this request for disclosure and then reading his response, I’m equally concerned because he said the reason for anonymity was that he did not want to interfere with the cause,” Volinsky told NH1 News. “Think about it. He was running for governor. And the private schools [were] part of his platform. So he was already in the middle of this, number one. And number two, he’s describing the diversion of public funds to private schools as a cause for him. That is contrary to his testimony that he was merely an implementer, and it doesn’t speak well for him being candid during his confirmation process.”

He also said that he was concerned the new commissioner was seeking to further his own “agenda” rather than implement policy created by others. He tweeted, “Ed [Commissioner] secretly helped fund Croydon to support his ’cause’ — diverting public funds to pay for private schools. #edelblutagenda #nhpolitics”

It’s not surprising to see Volinsky come strongly out against Sununu’s education agenda. Volinsky is a lawyer who litigated landmark state education cases before the New Hampshire Supreme Court, and he ran for his seat on the Executive Council with the campaign promise to protect public school funding. Sununu has long been an advocate for school choice.

Volinsky’s comments about the “Edelblut agenda” have made waves in the conservative Twitter community, that sought to take his own words and discuss how the “Volinsky agenda” is bad for New Hampshire.

There is a 3-2 GOP majority on the EC.
Time for GOP Councilors to shut down the #VolinskyAgenda — EC not his personal soapbox#nhpolitics https://t.co/vbDQeJYipN

Volinsky then responded, reclaiming the term as his own and saying what he supports in his own education agenda.

Liberals and Democrats online rallied behind Volinsky’s agenda, posting why they agree and support him.

My favorite part of the #VolinskyAgenda? Well pretty much all of it. & also that it likely comes w. evidence, facts, footnotes, & citations.

Volinsky even gave a speech about his agenda at to the New Hampshire State Teachers Association on March 17.

“Every morning with coffee I read my emails and my twitter feeds come through. This morning, some troll tweeted that Edelblut did nothing wrong and my complaints were only part of the #VolinskyAgenda,” he said. “I don’t respond to these things, but thought, the #VolinskyAgenda, huh? So, yea, I have an agenda. The #VolinskyAgenda is good schools, climate change, universal access to healthcare and reducing income inequality. That’s my damned agenda.”

Although it’s only been nearly four months since Sununu’s inauguration, many people are behind Volinsky’s agenda, which could possibly set him up for support for a gubernatorial bid in 2018 if he wanted to run.

It’s not often that Executive Councilors run for the corner office. The five-member regulatory board is charged with overseeing the administrative functions of the state government. The Executive Council advises the governor and provides the check for state contracts. The council also has veto power over pardons and state agency nominations by the governor.

With the council getting more public attention, it’s possible that Granite Staters could see more Executive Councilors running for higher office, and Volinsky could potentially be the next candidate.